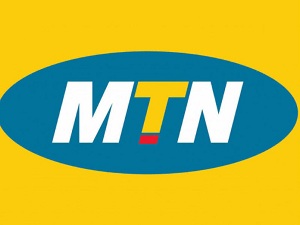 Nigeria Must not Scare Away MTN – Minister

Agency Report:
Adebayo Shittu minister of communications said, Nigeria must not scare away MTN, as lawmakers investigate alleged illegal money transfers just three months after the government fined Africa’s biggest telecoms firm over $1 billion.
The comments by Adebayo Shittu are the government’s first statement on the latest investigation into MTN, indicating the government does not want to see the South African company punished unduly in Nigeria, its biggest market, if the latest allegations prove to be true.
“Nobody will say that MTN is not important to Nigeria – we must encourage them, we must not scare them away from Nigeria,” Shittu told Reuters in an interview, conducted on Friday.
MTN, the largest mobile phone firm in Nigeria, threatened to pull out of the country last year during a dispute over unregistered SIM cards before the government agreed to reduce a settlement on the issue by nearly 70 percent to $1 billion.
The company now faces another potentially hefty penalty if an investigation by Nigeria’s upper house of parliament finds evidence that MTN Group Ltd illegally transferred $13.9 billion out of the West African country between 2006 and 2016, as alleged.
MTN has said it did not break Nigeria’s currency transfer rules.
“The presumption is that they are innocent and we pray they remain innocent,” Shittu said, referring to the investigation. “They must stay.”
His comments are similar to comments he made when MTN was initially fined $5.2 billion in 2015 – equal to more than two years of its Nigerian profits – for failing to cut off unregistered SIM cards. The fine was reduced last June to 330 billion naira ($1.1 billion).
Nigeria accounts for a third of MTN’s revenue.
The crux of the allegation into illegal money transfers is that MTN did not obtain certificates declaring it had invested foreign currency in Nigeria within a 24-hour deadline stipulated in a 1995 law, and so the repatriation of returns on those investments was illegal.
“They have a right to repatriate their profits as long as it is legitimately done,” said Shittu, adding that any time MTN is suspected of breaking the law it will be investigated, though the “facts against them must be established beyond reasonable doubt.”
“Everyone who is in business will have ups and downs. You don’t throw away the baby with the bathwater.”
Shittu said the investigation was an issue for financial regulators and did not fall within his “constitutional responsibility.” The government, however, can influence the size of the penalty, as in the case of the SIM card issue.
Shittu also said Nigeria planned to build and launch two new satellites using a $550 million loan from the Export-Import Bank of China, which will cover 85 percent of the cost.
Nigeria will finance the other 15 percent, with Shittu calling on domestic and foreign investors to take part in the funding. – CommunicationsWeek