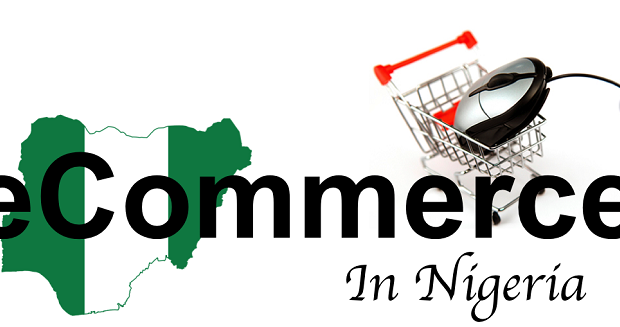 Despite the growing appeal of e-commerce, available data shows that the shopping behavior of majority of Nigerians is still largely traditional – with many preferring to see, touch or experience the product in action before making the buying decision.
In this piece, Yudala – Nigeria’s leading online and offline retail chain – dissects the e-commerce revolution and why most Nigerians remain slow in changing their traditional shopping habits.
E-commerce has become a thriving global industry. A recent report released by the Oxford Business Group revealed that retail sales hit a whopping $22b figure globally in 2016, with online shopping figures accounting for a major part of this outlay. In advanced climes where access to the internet and of course, literacy levels stand at appreciable levels, e-commerce has become a lifestyle for many. Interestingly, global retail sales, of which e-commerce makes up a major part, is projected to rise further to an estimated 27 trillion dollars by 2020.
Nigeria has also been bitten by the e-commerce bug. This has been made possible by the proliferation of online stores all competing for the attention of shoppers, many of whom are eager to jump on the ease and convenience of the e-commerce train.
Nevertheless, e-commerce is still at the rudimentary stage in Nigeria as the pace of adoption and acceptance is decidedly slow. Despite the huge strides recorded in the Nigerian e-commerce landscape – especially with the massive awareness for globally celebrated shopping festivals such as Black Friday and Cyber Monday, among others – the average Nigerian is still an unrepentant traditional shopper.
In spite of the massive hype and growing status of e-commerce in Nigeria, you are better off convincing the average Nigerian to make the final buying decision when you can provide him or her with an opportunity to ‘experience’ the product before parting with hard-earned money. This often involves visiting a physical or brick-and-mortar store location to interact with sales attendants and getting a chance to see a demonstration of the item before the sale is closed.
This traditional shopping behavior goes a long way to justify the unique Yudala model of combining an online store with physical offline stores located nationwide. Cases abound of most walk-in customers actually admitting to having checked out a particular product online but still preferred to physically visit the store to see the product before purchase.
A few factors are responsible for this largely traditional approach to the e-commerce revolution in Nigeria:

Trust remains a major issue: Many Nigerians live in constant dread of online fraud and will do anything to avoid using their debit card to process payments electronically. According to data from the Nigerian Inter-Bank Settlement System (NIBSS) the year 2014 saw 1,461 reported cases of electronic or e-fraud, with actual losses grossing N6.216 billion. In 2015, about 946 attempted e-fraud cases were also recorded by banks, Other Financial Institutions (OFIs) and Mobile Payment Operators (MPOs), resulting in an estimated loss of N5 billion. Recently, the Hon. Minister of Communications, Barr. Adebayo Shittu indicated that about N78 billion is lost yearly in Nigeria to all forms of cybercriminal activities. This reality has stunted the growth of e-commerce in Nigeria.

Internet access is elusive for many: It is an open secret that e-commerce is driven by access to the internet. However, internet access for many in this part of the world is an expensive venture. Worse still, the number of internet users seems to be declining. Going by the most recent statistics released by the Nigerian Communications Commission (NCC), the number of internet subscribers in Nigeria’s telecommunications networks declined to 91, 274,446 in January 2017. According to the figures released, internet users dropped to 91,274,446 in January as against 91,880.032 users recorded in December 2016, showing a decline of 605,586. This is one of the major reasons why the average shopper remains seemingly stuck in his largely traditional shopping ways.

Unsavoury experiences from delivered orders: The e-commerce experience in Nigeria has been stalled by the action of some online retailers who end up disappointing the customer with the delivery of items different or inferior in quality from the one seen or ordered online. In such a case, the customer has to bear the inconvenience of having to either navigate the thorny process of seeking a refund or waiting an extra lengthy number of days to get the right item. This is why ensuring that “What you see is what you get” remains a unique selling point in the e-commerce market.

Millions remain underserved or unreached in the hinterlands:A recent report revealed that the Nigerian e-commerce industry recorded a handsome $1.9b figure in 2016 and the figure is expected to reach an estimated $3.9b in 2020. However, e-commerce in Nigeria remains a predominantly urban phenomenon. For many in the hinterlands and rural communities hobbled by the absence of the most basic infrastructure, e-commerce will remain an abstract concept for a long time. To reach these ones, citing a physical store not too far from their location remains the best bet.

Seeing and touching sells quicker than just seeing:Ever wondered why many shoppers with access to the internet still end up carrying out most of their e-commerce purchases in physical stores? For many Nigerians, seeing and being able to touch the item beats just being able to see it on the screen of a mobile phone or laptop. Majority still want to see, touch, feel and/or experience a product before they part with their money.

Nothing can replace the plain old physical contact: Commerce in Nigeria originated from a traditional stand-point. Nothing feels better than haggling with a seller face-to-face and eventually securing a bargain. The glint in the eyes of the buyer and renewed spring in the steps are a sight to behold. For now, at least, e-commerce will struggle to completely wipe away this culturally-ingrained shopping behavior.