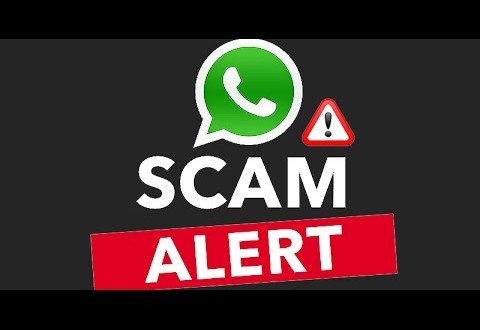 Created in 2009 as an alternative to text messaging, WhatsApp is today one of the world’s most popular instant messaging service with more than one billion users in 180 countries. According to a May 2016 report from research firm SimilarWeb, WhatsApp is the top chat app in 109 countries which represents 58% of the 187 countries covered in the survey. Facebook acquired WhatsApp in 2014 to make a bigger play in the rapidly-growing messaging market, along with its own Messenger platform. At the time the deal was announced, WhatsApp had 450 million users worldwide.

Considering the popularity and widespread usage of WhatsApp even among the older generations in countries such as Nigeria, it is no surprise that the attention of hackers and other unscrupulous individuals have shifted to the medium in a bid to exploit loop-holes that could be used to swindle unsuspecting users of their money or other sensitive information.
According to the Research and Development Unit of Yudala, here are six WhatsApp scams you should look out for:

1.WhatsApp Gold: The offer of an upgrade to WhatsApp Gold is a fraud that starts with a message via social networks in which WhatsApp users are invited to click on a link to update their app to the inexistent Oro version (Gold version) which offers the users a suite of new and exclusive features. The link takes the user to a web page where, if he wants to use these improvements, he has to give his phone number. Interestingly, users who go on to give their number will be subscribed to a premium SMS service: each text message that you receive will cost you 1.45 euros, until a maximum of 36.25 euro per month.
Global attention was initially drawn to the existence of this scam by the Spanish National Police and Civil Guard when it reported the existence of an expensive scam costing users 36 euros per month. Since then, the scam has also been reported in a number of countries.
It is important to point out that there is only one version of WhatsApp, so caution is the watch-word should you get a similar invitation to upgrade to WhatsApp Gold.

2.WhatsApp Plus: According to the Research and Development Unit of Yudala, this is another scam perpetrated by faceless individuals seeking to cash in on the ubiquitous usage of WhatsApp. WhatsApp Plus claims to let users send pictures, videos and music files of an unlimited size. This is in addition to allowing subscribers use WhatsApp with more than one number, a feature that is highly sought after by many users of the app. However, WhatsApp Plus is not associated with WhatsApp and the Facebook-owned service bans users who have also downloaded the fake app onto their device. A bold disclaimer was recently issued by WhatsApp to alert users to the existence of the fake app.
“WhatsApp Plus is an application that was not developed by WhatsApp, nor is it authorized by WhatsApp. WhatsApp Plus contains source code which WhatsApp cannot guarantee as safe and that your private information is potentially being passed to 3rd parties without your knowledge or authorization,” the statement said.
And to demonstrate its stance, WhatsApp blocks users that have downloaded the unsolicited version of the app, with users having to wait an additional 24 hours to get the ban lifted after deleting the fake app.

3. WhatsApp browser fraud: With the launch of WhatsApp’s browser platform, hackers created a number of similar-looking fraudulent websites to gain access to the sensitive data and bank details of unsuspecting users. Some of the tactics employed by these fraudulent websites include requesting users to download a seemingly harmless application on to their computers, which in actuality, is a malicious software that allows the cybercriminals access to confidential information, such as banking information. Another very popular strategy is to request the phone number of the unknowing users and then, subscribing them to downloading premium services which charge special rates.
To avoid falling a victim, it is pertinent to bear in mind that there is only one browser version of WhatsApp which is absolutely free. Most importantly, you do not have to download anything to your computer to use it.

4.WhatsApp Video calling invite: In late 2016, WhatsApp rolled out video-calling feature for Android, iOS and Windows users. The feature which was long anticipated was made available for downloads via update available to all users. However, the rollout of this popular feature has created new opportunities for scammers who circulate malicious links inviting people to download video-calling. Shortly after the video-calling feature was introduced on November 15 2016, WhatsApp users began receiving an invitation link for it. Once the user clicks on the given link, he is directed to a webpage to enable the new feature. The spam message reads, “You’re invited to try WhatsApp Video Calling feature. Only people with the invitation can enable this feature”. And once a user clicks on the link, it redirects to a website which has been designed to look believable.
Once a gullible user clicks on the ‘enable’ tab, he/she is immediately directed to a new page which requires user verification. You would then be asked to share and invite four other friends to enable this feature through the same link. Though the entire page and the process looks credible, mere clicking on this link can expose you to spammers, making you extremely vulnerable to hacking.
Please note that the correct way to enable video calling feature is to update your WhatsApp app through your Google Playstore or Apple Store. As soon as it is updated, the feature will be automatically enabled.

5.Fake WhatsApp Voicemail: This is another scam which arose with the introduction of voice calls on WhatsApp. However, this scam, often perpetrated via email, does not seek to take advantage of the voice-calling feature but aims to trap unsuspecting users with the introduction of a related service. The fake WhatsApp Voicemail fraud starts when a user receives an email, notifying him of an unread voice message in the non-existent WhatsApp voicemail. When the user clicks on the large “Autoplay” button that supposedly allows you hear the message, there is no message. Instead, a malicious software introduced by a hacker is downloaded on the device. This is usually the gate-way for the scammers to compromise or gain access to the user’s bank details, credit card information and other personal data. This approach was recently used by a Canadian pharmacy spam website in trying to sell its fake pharmaceutical products. The perpetrators were of the view that disguising their spam message as something completely unrelated to pharmaceutical products would help it bypass spam filters as well as trick recipients into clicking the link and visiting the site.
The best way to remain protected from this particular scam is to remember that there is presently no WhatsApp voicemail.

6.WhatsApp Spy: Despite the existence of WhatsSpy Public, an application invented by Dutch developer Maikel Zweerink that allows you to spy on your WhatsApp contacts by tracking the user’s online status, last time of connection and any changes made to profile photos; there is another scam app that claims to go one step ahead by offering a service which allows anyone to read the conversations of others. Known as WhatsSpy, this is a fraud through which ignorant users are tricked into downloading an app through which malicious software are introduced into the user’s device. Understandably, a number of individuals will go to great lengths to be able to read the conversations of others, especially as a means of keeping tabs on cheating spouses or for other similar purposes. This has contributed in no small measure to many falling victim to the WhatsSpy scam.
To reiterate the fact, WhatsApp messages are encrypted and as such, you cannot remotely read other people’s conversations. WhatsApp’s end-to-end encryption ensures only you and the person you’re communicating with can read what is sent and nobody in between, not even WhatsApp. Your messages are secured with a lock and, only the recipient and you, have the special key needed to unlock and read your message. For added protection, every message you send has a unique lock and key. All of this happens automatically: no need to turn on settings or set up special secret chats to secure your messages.
The existence of end-to-end encryption has remained one of the major factors that has contributed to the growing popularity of the Facebook-owned service. 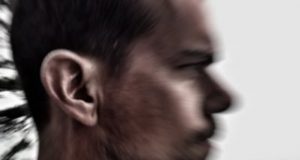 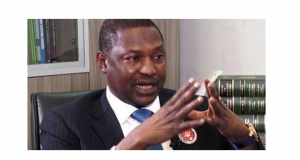 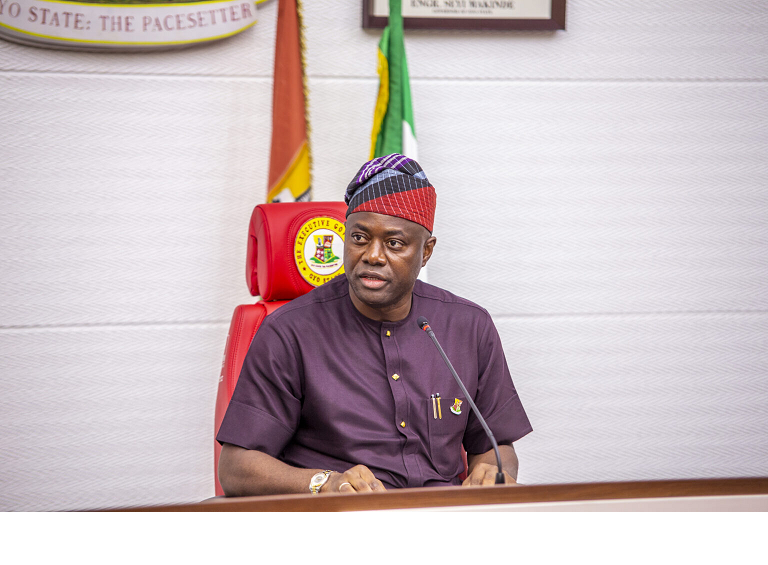 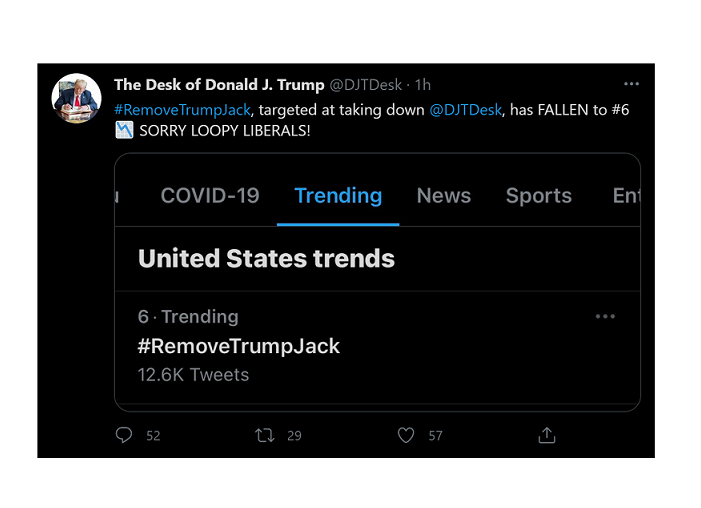