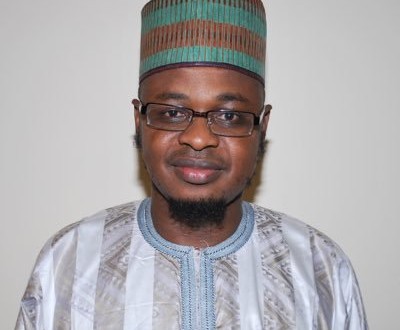 Eleven (11) years old Circular that mandates Ministries Departments and Agencies, (MDAs)  to seek clearance from National information Technology Development Agency, (NITDA) before deployment of  any IT project received a boost.

According to a statement signed by Mrs Hadiza Umar, Head, Corporate Affairs and External Relations Unit at  NITDA, Auditor General of the Federation, Mr  Anthony Mkpe Ayine Monday  in Abuja directed  the staff of his office to henceforth request for the clearance issued by NITDA on any IT project when auditing the accounts of MDAs.

The Federal Government Circular No. SGF/6/S.19/T/65 of 18th April, 2006 mandates MDAs to seek clearance from NITDA before deploying any IT project in the country.

Mr Ayine gave this directive at the Audit House when the Management of NITDA led by the Director General  Dr Isa Ali Ibrahim Pantami FBCS, paid a working visit in furtherance of collaborative drive to ensure value for money on procurement of IT goods and services in the country.

Mr Ayine stated that “the Office of Auditor General of the Federation would be pleased to collaborate with NITDA in the areas of development of Standards and the Regulation of the IT industry. Any MDA that introduces IT without NITDA’s clearance should be subjected to audit query. “

While intimating the Auditor General on the purpose of the visit earlier, the NITDA Director General, Dr Isa Ali Ibrahim Pantami stated that NITDA as the  IT regulator is empowered by law to be the clearing house for any IT project  in the country with objectives of reviewing, justifying, analyzing it for value for money and to ensure sustainability.

“We are here today to collaborate and seek for support when it comes to auditing IT projects of MDAs and we want your office to always request for clearance obtained from NITDA by MDAs whenever you are auditing them.”

He stated further that the law enables NITDA to prosecute any violator of the Act adding that attempts are ongoing to call violators to order and if they do not retrace their step.  “We will be glad to press charges against them and commit them to jail terms Pantami warned.

“We need to support each other and collaborate in auditing IT projects.  Most MDAs use IT project to siphon public fund and auditing the IT projects in line with the Federal Government Circular will help a lot in reducing this anathema”, Pantami advised.

The NITDA boss revealed that  presidency has been supportive of the Agency by redirecting  MDAs to seek clearance from NITDA before embarking on any IT project. He added that recent intervention of the Federal Executive Council on a memo from one MDA on IT project has recently saved the country of N500 million.

While commending the Office Auditor General of the Federation on the audit report on the Agency, the DG assured that the report would be implemented to the latter as 90 percent of it has been implemented so far.

He said, “I am the first Chief Executive Officer of the Agency to have implemented the audit report on the Agency. We reviewed the report by constituting credible people who were not in any way indicted in the report and their recommendations have been implemented up to 90 percent. The remaining 10 per cent are those that came forth with argument which  the Economic and Financial Crime Commission is handling.

The Auditor General who was elated with the DG for daring all odds to implement the audit report said that he has a partner in Dr Pantami, describing him as someone who the country is yearning for. ”I am glad to hear that without being compelled, you implemented the audit recommendations. This will reinforce the auditing system and help the country in its anti corruption war, with the ultimate goals of having accountability and transparency which are pillars of good governance.”