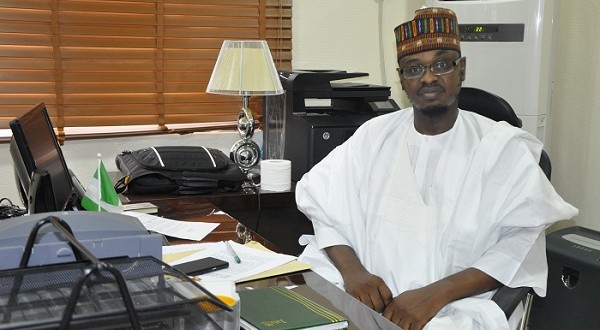 NITDA To Axe MDAs Executing IT Project Without Clearance

National Information Technology Development Agency (NITDA) is drawing the attention of Federal Ministries, Departments and Agencies (MDAs) as well as other government establishments on the need to seek clearance from the Agency before embarking on any Information Technology (IT) project. This is in line with Section 6 of the NITDA Act, 2007 as well as Service-wide Circular from the Office of the Secretary to the Government of the Federation which makes the Agency the clearing house for all IT procurement in the public sector.

According to a statement signed by Dr Isa Ali Ibrahim Pantami, Director General, NITDA, the objectives of the clearance exercise are to ensure:

a. transparency in IT procurement by MDAs and other government establishments; b. alignment of IT projects/investments with MDAs and other government establishments’ mandates and functions as well as government IT shared vision and policy;c. integration of IT systems and services to save costs, promote shared services, interoperability and improve efficiency;d. that there is indigenous capacity for after-sales-service to sustain the project beyond the initial deployment;e. that the project promotes indigenous content and that preference is given to indigenous companies where capacity or the product or service exists;f. that the technology being implemented is up-to-date;g. that the technology and services being procured are suitable for the country from the point of view of security and the environment, among others;h. the realization of IT as a major driver and enabler of policies and national development plans;i. learning, knowledge and experience sharing on IT projects among MDAs; andj. the availability of accurate statistics on Federal Government’s IT assets and Investments to help government make informed IT decisions.

The realization that government’s investments in IT over the years were not commensurate with the value derived from such investments and had also failed to evolve a digitally-enabled public service that will advance the citizens’ yearnings of digital economy made it necessary for strategic repositioning of IT procurement in the public sector.

The Agency’s assessment of the 2017 Appropriation Bill revealed that MDAs proposed to spend approximately Forty-Two Billion, Five Hundred and Sixty Million, Nine Hundred and Forty-Five Thousand, One Hundred and Ninety-One Naira (42,560,945,191.00) on IT projects. This represents 2.1% of the total capital budget of Two Trillion, Forty-Eight Billion, Nine Hundred and Eighty-Nine Million, Five Hundred and Seventy-Eight Thousand, Two Hundred and Twenty-Two Naira (N2,048,989,578,222.00). It is therefore imperative to ensure that maximum value is derived from such huge investment of public funds, especially at a time when the need for accountable, transparent, efficient and effective public spending is high on the current administration’s agenda.

We are therefore calling on MDAs and other government establishments to ensure that their IT projects in the 2017 Appropriation Act are put forward for clearance before implementation.  It should be noted that a breach of the provision of NITDA Act and any other directive pursuant to the Act is an offence under Section 17 and punishable under Section 18 of the Act.