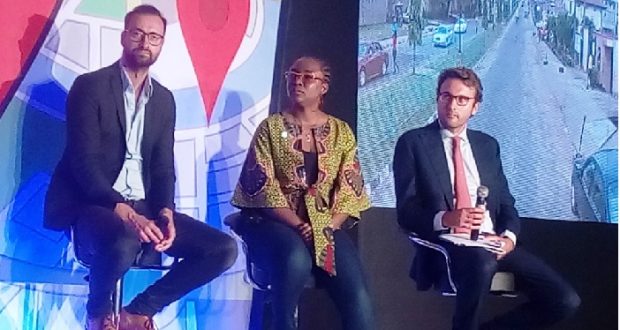 A report on the Economic Impact of Geospatial Services has revealed that Nigerians save ₦190 billion (US $748 million) based on local wages, using digital maps to reduce travel time.

The report, which was launched today in Abuja by Google, provider of the digital maps, was conducted by research group, Alpha Beta. The report shows that digital geospatial tools like Maps are making positive economic contributions around the globe to employment, emergency response and time management.

Breaking down the report, Titi Akinsanmi, Google Policy and Government Relations Manager, noted that digital maps reduce travel time in Nigeria by an average of 8 per cent, which is valued at ₦22,131.00 per year – translating into ₦1781 billion per year for all users. She said Google decided to work with AlphaBeta to quantify the economic impact of the geospatial technology, look at the benefits and value geospatial technology brings to consumers, businesses and society.

“Digital Maps have become powerful tools for policymakers to ensure the safety of their citizens, and for companies and consumers to save time and money when managing their daily affairs. And their benefits are far bigger than people may think. We discovered that geospatial services not only make life easier — by helping people turn their intentions of finding a place into actions of getting there – but also support the global economy by creating tangible benefits for businesses and consumers,” she said.

According to the report, about 86per cent of the online population in Nigeria use digital maps and geo-enabled apps for various reasons but, most especially for education and social networking. The report also shows that geospatial services could have a significant productivity impact in sectors that can grow the Gross Domestic Product in the country.

Meanwhile, Google also decided to share the share the journey of Maps in Nigeria, saying it has worked with Nigerians since 2012 to add thousands of roads, landmarks, and businesses throughout the country to Maps.