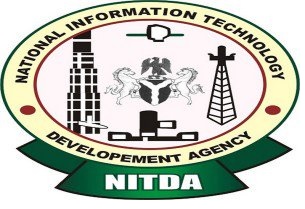 The Management of National Information Technology Development Agency (NITDA) wishes to notify the general public on false information being circulated on some online media and national dailies to the effect that the Agency is attempting to circumvent due process requirements in the implementation of the 2017 approved Budget.

A statement signed by Mrs Hadiza Umar, Head Corporate Affairs and External Relations, said tt is essential to note that the Agency is not under any investigation under current administration, either by EFCC or any other investigating agency. The statement credited to the Honourable Minister of Communications, Barrister Adebayo Shittu, during an interview with Fresh FM Ibadan on Sunday, 5th November, 2017 is not true. The Agency under the leadership of Dr Isa Ali Ibrahim Pantami,  only received commendation from the EFCC.

In the reported petition, the faceless petitioners, Muhammad Yusuf and Rebecca Emeleogwu, purportedly representing Good Governance and Accountability Monitoring Group, alleged that the Management of the Agency has by-passed due process in the award of contracts in the 2017 budget.

While the details of the violations were not substantiated, we write to categorically deny these allegations.  The Agency, since assumption of office of the current Director General/CEO, Dr Isa Ali Ibrahim Pantami, has been making serious efforts at fighting corrupt practices within and outside the Agency.

It is on record that in this effort to ensure transparency and accountability, the current Director-General is the only Chief Executive in history of the Agency that implemented almost 100 percent of the Auditor-General for the Federation’s audit recommendations regarding financial and other irregularities in the Agency.

As a man of proven integrity who is in the forefront of supporting Mr President’s fight against corruption, the Director General sought the support of anti-corruption Agencies such as the EFCC and ICPC in fighting corruption in IT Procurements in Federal Government’s Ministries, Departments, and Agencies (MDAs).

It may be of interest to note that officials from the Office of the Accountant-General of the Federation visited the Agency recently and gave an excellent commendation to the Director General and the Management Team for their efforts at following due process as well as excellent documentation of all financial transactions.

It is on record that the 2017 projects are yet to be advertised and so far no contract has been awarded in the Agency because of the Director-General’s efforts at ensuring that due process is followed in the award of contracts.

In view of the above, we write to request that the unfounded allegations made by the Group should be totally disregarded as the above facts show that what was circulated is a frantic effort of corruption fighting back. It should be noted that the Agency is encouraged by it and will continue its giant strides of fighting corruption. If the petitioners could come forward, the management is willing to challenge them to court for character assassination.