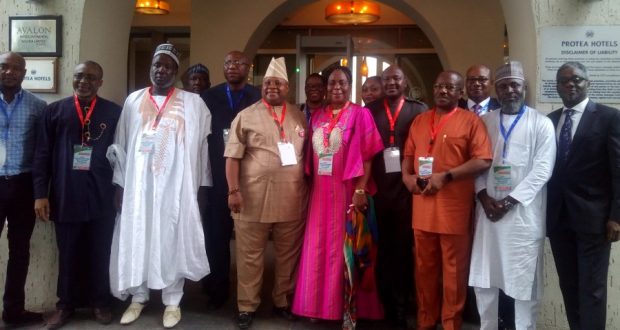 Senate Committee on Communications has on Friday pledged to work with Nigerian Communications Commission (NCC) to review and upgrade the 2003 Communication Act to strengthen the regulator in its oversight role in the fast evolving information technology industry.

Senator Ademola Adeleke said this at the  NCC/ Senate Committee on Communication Retreat entitled: “Improving the Social-Economic Development of the Nation through Qualitative Telecommunication Services,” sponsored by NCC in Lagos.

Adeleke, Who is also the Deputy Chairman of the Committee said, because technology has changed and continues to change every day, there is need for the National Assembly to look into the 2003 Communications Act since, “communication itself is about growth as it affects all sectors of the economy. ”

He noted that the retreat is for the regulator and the legislators of the sector to compare notes on how to move the industry forward, since ICT is an enabler of socio-economic development of the country.

On her part, Sentor Abiodun Olujimi, member of the Senate Committee on Communication noted that ICT has transformed over time while the laws that established the regulator has remained the same over the years.

“We didn’t believe that we would have 21 per cent broadband penetration, or 140 million active lines. Definitely with such rise in data and development, there’s need for us to look at the Act again, especially as it affects cybercrime”.

According to her, “these are issues that came up with deeper penetration of broadband, ICT and communication. The Act should be reviewed so that we can ensure that the ability of people to commit crimes through ICT is curbed and communication is made better, “she said.

” NCC pledges to the committee and the National Assembly to manage the process of regulation of the           telecommunications industry in the most efficient way and in the best interest of Nigeria.”

In a welcome address at the retreat, the Executive vice chairman of NCC, Professor Umar Danbatta said the Commission under his watch has been impressed with how enthusiastic the distinguished members are about the growth and development of the telecommunications industry.

Danbatta, who spoke through Spiff Inatimi, Head Legislative and Government Relations at NCC, noted that “it is evident that we share a common interest in overcoming the challenges of the industry, as well as a common aspiration towards progress for the benefit of our dear nation.”

According to the EVC, the Retreat will afford us the opportunity to share information about the delicate balance existing between the functions of the regulator, and its many stakeholders, including the legislature.

“Hence this retreat gives us further opportunity to seek your coorperation in carrying out our mandate as the independent regulator of the telecommunications industry. We shall remain fair, firm and forthright always. We pledge to the committee and the National Assembly to manage the process of regulation of the telecommunications industry in the most efficient way and in the best interest of Nigeria,” danbatta said