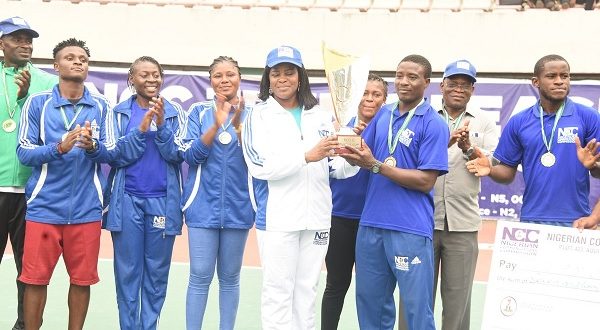 This weekend matches, the climax of the sequence of matches constitutive of the 2017 NCC Tennis Tournament, ended this evening after tough but exciting sessions that saw Team Civil Defence cart away the grand prize of 7 million naira.

This brings to an end months of nationwide lively and competitive tennis matches as well as anxiety and healthy enthusiasm that also characterised the atmosphere at the Lagos Lawn Tennis Club during the weekend where the final matches were played. 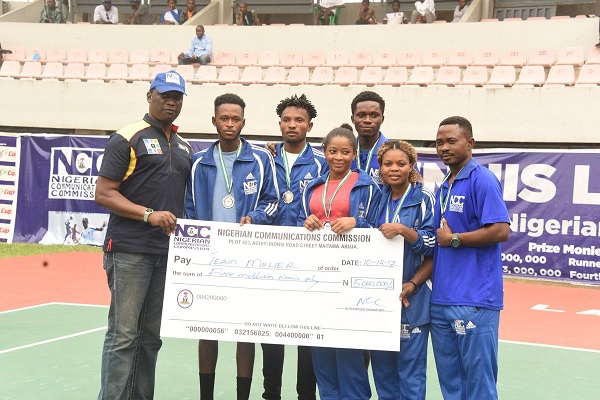 Prof. Umar Danbatta, the Executive Vice Chairman of the Nigerian Communications Commission, who was represented by Director of Research and Development, Iyabode Sholanke expressed the Commission’s appreciation to all those who participated in the tournament or collaborate with NCC in its determination to revive the passion for tennis in the Nigerian Youth.

She urged all stakeholders to also partner with the Commission to address the challenges in telecommunication sector especially to improve the quality of consumer experience because the telecom consumer is the lifeblood of the industry. 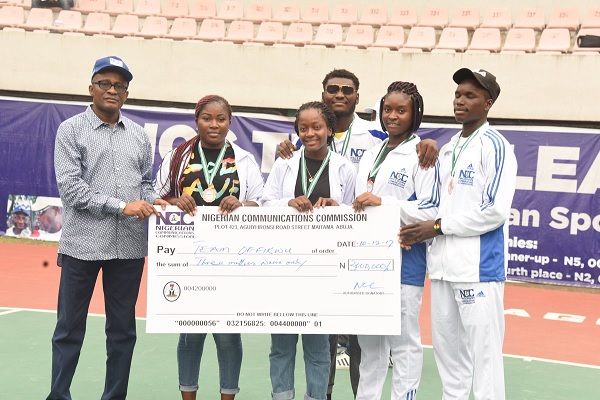 Also speaking at the event, the President of the International Tennis Academy, Godwin Kienka, thanked the NCC for its continuous support of Tennis championships nationwide and challenged other organizations to follow in NCC’s footsteps to restore the nation’s sporting glory. 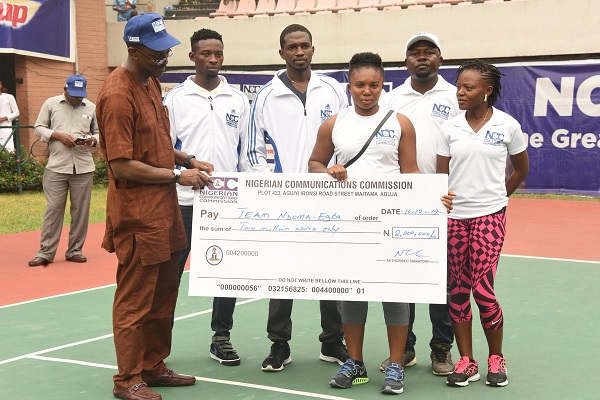