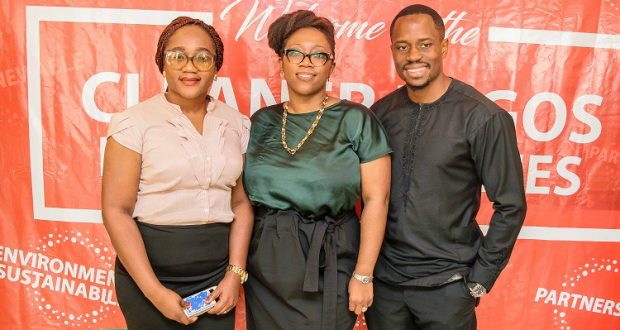 As part of efforts to further explain and familiarize stakeholders with the plans and technicalities outlined by the Lagos State Government to effectively manage solid waste in the state, private enterprises and environmentalists who promote recycling were recently hosted to a breakfast session by the Cleaner Lagos Initiative (CLI).

The interactive forum which held at Ikeja, provided an opportunity for CLI to shed light on several issues that were misunderstood by many Lagosians, while it also enabled the stakeholders to understand the practical approach as well as factors they could contribute to the success of the initiative.

Managing Director of SWM Solutions, Mrs. Tolagbe Martins, who made a presentation at the forum explained in detail, the roles played by the Lagos State Waste Management Authority (LAWMA), newly established agency; Public Utility Monitoring Assurance Unit (PUMAU) and that of Visionscape, the Waste Collection Operator assigned by the state to collect residential waste.

Mrs Martins explained that LAWMA had been repositioned to focus majorly on regulation of Waste Collection Operators, while PUMAU would coordinate the billing, revenue collection and enforcement of the Public Utility Levy (PUL), a rate charged by government from each property/house for collection and disposal of their waste. This rate is expected to replace the monthly bill charged by PSP operators, now referred to as Waste Collection Operators (WCOs).

Speaking further, she addressed the issue of marine waste, which is also a major concern of the state government, stating that it had been integrated into the long-term plan.

“The Cleaner Lagos Initiative is mainly funded by the Trust Fund through the PUL collected, so the cooperation and support of Lagosians and residents in the state will go a long way to help the state government in achieving a healthier and safer environment for all,” she added.