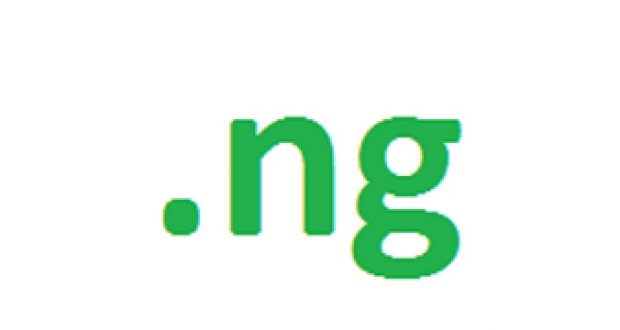 A report on Nigeria’s domain names system (DNS) ecosystem has revealed that only 2.3 per cent of .ng websites are hosted locally why the majority are dociled overseas.

Web hosting company, HUB8, stated in its December findings that out of the 34,000 sites, less than 1,000 are located in Nigeria, which is only 2.3 per cent of the total, adding that, Nigeria now loss millions of dolars in excess of 72 per cent of potential revenues because most of .ng and .com.ng websites are hosted in the United States(US).

“The dominant countries where site hosting often occurs were determined for the .NG and .COM.NG domains. The overwhelming number of sites are located in the United States (72 per cent),” translating into loss of 72 per cent hosting revenue for Nigeria”, according to the report.

It added that the revenue losses to US is particularly significant as Nigeria hits 100,973 .ng domain names as revealed by Nigeria Internet Registration Association (NiRA) on November 30, 2017.

The country of origin for the remaining 3 per cent of sites could not be identified so Nigeria’s share is slightly larger, though still not comparable with the amount of hosting abroad.

The .ng is Nigeria’s country code Top Level Domain (ccTLD), which is the country’s digital imprint on the World Wide Web (WWW).

This is coming just as the Nigeria Internet Registration Association (NiRA), managers of the country’s domain names system (DNS) ecosystem, declared it has, so far, registered 100,973 domains in .ng domain zone as at November 30, 2017.

Meanwhile, HUB8 report was based on 89,165 domain names in the .ng domain zone, with particular focus on the details of the usage of .ng domains as it relates to website hosting.

The report, however, does not include data on premium domains (about 2,000) and some special domains that are technically registered though not used by end users.

On the distribution of the domain zones, the report reveals that most popular domain zone is .com.ng, having almost 70 per cent of all national domains registered.

The .ng domain zone, the report says, comes next although within the zone a domain name is shorter “but domain registration here costs several times more than in .com.ng while .org.ng, which is usually used by non-profit organisations, ranks third with an age backlog.

In terms of active websites, the HUB8 report notes that there are currently 38,864 websites in the .ng domain, not including the sites that fail to open to the connection timeout, redirects and the ones throwing an error (page is not found). “The existing sites are hosted only in half of the .com.ng and one-third of the .ng domains,” the report says.

According to the report,operating sites are reported on 45 per cent of .com.ng and .ng domains.
Also, 15 per cent of registered domains are said to be with errors indicating “connection time-out” presumably for some temporary problems regarding hosting or channels. About 3 per cent of domains are redirected to other sites and the same number displaying error pages such as “404 Page Not Found” or “500 Server Error.”

Speaking on the content management systems (CMS) of the .com.ng and .ng domains, Director for Emerging Markets at HUB8, Mr. Dmitry Deniskin is quoted as saying that “often used Content Management System was detected in the existing websites, stating that the most popular CMS is expected to be WordPress, being installed on every one in three sites in the .ng and .com.ng domains.

“WordPress has a 78 per cent share of all used CMS. Blogging is currently very popular in Nigeria: almost 1, 500 domains are affiliated with Blogger.com.

“Specialised CMS utilized for e-commerce; such as Magento, Prestashop, Shopify, WooCommerce, nopCommerce, oSCommerce and X-Cart use about 500 sites in the .com.ng and .ng zones.”

Deniskin also explained that what HUB8 intends to do is to help Nigeria reverse the current situation in which 72 per cent of .com.ng and .ng domain names hosting is lost to the US. He said: “HUB8 is a global web hosting company helping brands and individuals to easily set-up a website. Our ultimate goal is to become a Growth Partner for individuals and small enterprises in emerging markets in Africa, Asia and Latin America.

“We are providing free web hosting in Nigeria because we are aware that people postpone launching a website due to the investments involved.

“We want to make it possible for all to have a personal or business website without worrying about the costs. We have created this report to promote the national domain of Nigeria .NG. Register your .NG domain on the HUB8 Nigeria website,” he urged.

HUB8 also created a page on their website dedicated to .NG domain – https://ng.hub8.com/ng-domain. There is a directory of all active .NG websites made up as a Nigerian flag. By clicking on the flag you will be redirected to the one of the active .ng websites so you can understand how the typical Nigerian website looks like.

However, IT NEWS NIGERIA gathered that NiRA would support any initiative and policies aimed at deepening local hosting of .ng domain names.

NiRA’s President, Mr. Sunday Folayan, who has often decried poor local content in the county’s DNS ecosystem, said ee also need to encourage local hosting with the Internet Exchange Point of Nigeria (IXPN) and similar organizations. With this we reduce cost of accessing the internet and curb revenue flight to foreign lands.

He also added “over the years, NIRA has made conscious efforts to populate and to continue to populate the country’s DNS system. It is our belief that increased adoption of .ng domain names by individuals, businesses and government agencies would help the country to reduce the capital flight being recorded with the preponderant use of foreign domain names such as .com, .net, .za, .ua, among others.” 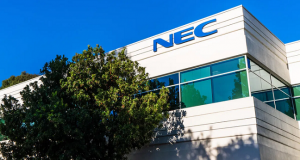