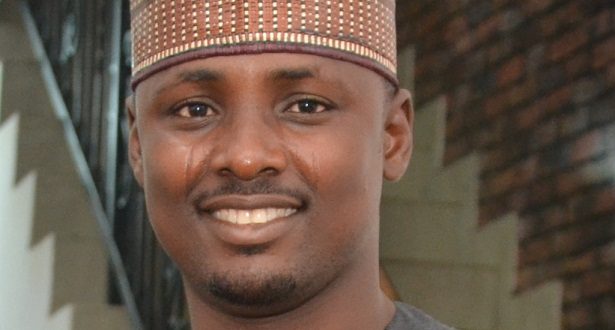 For the second time running, New Telegraph’s Senior Correspondent on Information and Communication Technology (ICT) Beat, Mr. Kunle Azeez, has been once again nominated for ICT Editor of the Year Award in the forthcoming annual African Digital Awards (ADA) 2018.

Azeez, who won the same award in 2017, is getting the nomination for the second consecutive year.

Organisers of the annual event, ICTWatch Network, conveyed Kunle’s nomination as ADA’s ICT Editor of the Year in a letter dated March 6, 2018.

The letter was signed by the award Coordinator, Mr. Tayo Adewusi.

This year’s edition of the award is the seventh in the series having been initiated in 2010.

The letter reads in part: “Following meticulous assessment of the quality of stories published in major national dailies in the country, an Independent Screening Committee (ISC) of ADA hereby nominates you at this year’s edition of the award as the Most Outstanding ICT Editor of the Year 2018.”

It said that the Committee took into account stories done by individual ICT journalists across different media platforms in the country from March 2017 through February 2018.

“Consequently, we are pleased to announce to you that your nomination for this award was as a result of your outstanding track record and recommendations from industry stakeholders who voted for you as deserving this award and on this note. We, therefore, congratulate you on this feat. This is the first time a newspaper will be winning this award back-to-back for two consecutive years,” the letter concluded.

Organisers further noted that while the evaluation for 2019 edition of the award starts this month (March) till end of February, next year, the awards for which nominations have been made for 2018 edition shall be presented at the 2018 Nigeria ICT Impact CEO Forum & Africa Digital Awards (ADA) event slated to hold at Oriental Hotel Lekki on July 27, 2018.

Meanwhile, the ADA event will run concurrently annual Impact CEO Forum, which features deep engagement of C-Level executives to assess the impact of Information and Communication Technology (ICT) on their businesses while making projections into the future.