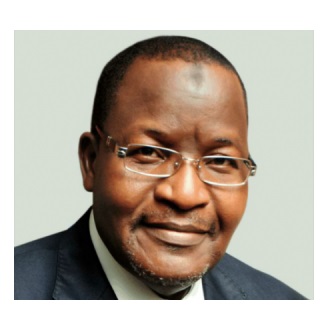 The Executive Vice Chairman of the Nigerian Communications Commission (NCC), Prof Umar Garba Danbatta, has said that the strategic vision plan he unveiled two years ago in form of 8-Point Agenda has so far made a significant impact on the growth of telecommunications sector in Nigeria.

Danbatta who spoke at a panel session of the just concluded 2018 World Mobile Congress in Barcelona, Spain, however, called on the global policymakers in the telecommunication industry to ensure not only renewed thinking in the development of policy frameworks but also to promote innovation and investment in the sector.

“In Nigeria, we are trying to digitally transform and the process is on-going as I am talking to you. Hence we’ve been paying attention to 5 interdependent elements of the digital transformation processes: enabling policies and institutions, human capital, applied ICT industry, communications infrastructure ICT applications and institutional change,” he stated.

Speaking further, Danbatta observed that broadband penetration in the country merely stood at about 8 per cent when he took over the mantle of the leadership of the industry, but it is now 22 per cent, according to the ITU-UNESCO Broadband Commission for Sustainable Development.

“We also decided to look at how we can improve Quality of Service consistent with key performances indicators that characterize the quality of service. The information we are getting from the consumers as well what we source from network operators is that Quality of Service has improved. The experience by consumers through their accounts also indicate significant improvement,” he noted.

He also told the gathering about successful auctioning of the spectrum, 2.6 GHZ band, which he said has already been assigned, which contributes to broadband penetration in the country.

To empower the consumers of the industry in the country, the EVC noted that, the year 2017 was dedicated as the year of the consumer.

“When we started the campaign, we were inundated with a deluge of complaints, especially on unsolicited text messages sent to consumers, and in many cases, they were surcharged. We have put behind this menace in Nigeria through the campaign.

“As I am talking to you we have a Do- Not- Disturb- facility, which is very easy to use by consumers. More than 9million users have activated this facility. Again, close to that number have gained access to our 622 toll-free line which is provided to consumers to lodge their complaints on the quality of service provided by the telecommunication firms,” he explained.

He, however, observed that: “There is a need for renewed thinking in developing policy and regulatory framework in the industry. The Regulator should promote innovation, investment and better quality of service, as well as put in place mechanisms that will limit unfair pricing and exploitation of consumers”.