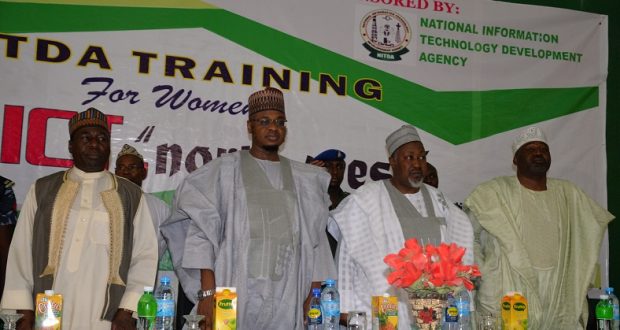 National Information Technology Development Agency (NITDA ) has announced that it has begun a month-long computer literacy training program for women in Jigawa State.

Speaking at the event, Director General, NITDA, Dr. Isa Ali Ibrahim Pantami urged the participants to take full advantage of the opportunity to acquire the requisite skills needed to empower themselves intellectually and financially. He stated that the decision to empower women with ICT skills was borne out of a genuine need to bridge the digital divide that exists between genders.

“When you educate a woman, you educate a nation and the world of technology is moving at a pace so fast, that it will be detrimental  to us as a nation, if we overlook the immense potential inherent in women”. He emphasized that women, the world over, were recording feats in the area of ICT and Nigerian women must be empowred, encouraged and supported to take their pride of place globally.

Addressing participants and guests at the event which held at the Manpower Development Institue in Dutse, the Jigawa state capital, the host Governor, Alhaji Abubakar Badaru remarked that the Dr. Isa Ali Ibrahim Pantami led administration has made unprecedented strides with its ICT intervention projects in the state and the region in general. He disclosed that the Agency, has committed over four hundred million naira in the state in ICT developmental programmes.

“Jigawa state is particularly grateful to the current Director General of NITDA , for his relentless commitment to the development of ICT in the state and indeed, the country in general. This is the first time a training of this nature , specifically aimed at empowering women, is taking place in the state”. He pledged his administration’s unrelenting support to the Agency and pledged that the investment will be closely monitored to ensure it yields the desired fruits.

The state deputy Governor, Barrister Hassan Ibrahim, while expressing gratitude to the Agency, reiterated that the commitment demonstrated by NITDA, and the prompt response to hitherto digitally marginalized areas in the country is proof of Dr Pantami’s exemplary leadership. 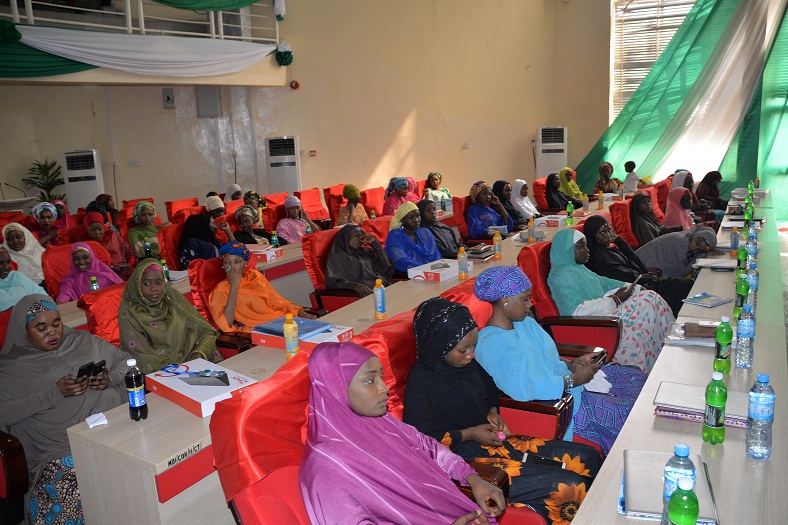 Some of the participants who  spoke at the event, expressed their gratitude and immense joy at the knowledge and experience the exposure has given them. Aisha Umar Ahmad, A participant from Sokoto state confessed that prior to the commencement of the programme, she was a stark computer illiterate as she had no idea about the capabilities of the “electronic box” but so far, she has become proficient in the use of basic computer applications such as Microsoft office.

Participants in the on going training which started two weeks ago, are drawn from the eight states in the north western region namely, Jigawa, Zamfara, Kaduna, Kano, Sokoto, Yobe and Katsina  states. It will be recalled that the intervention was initially aimed at one hundred trainees but the number has been increased to accommodate one hundred and eleven women as a matter of necessity.

Laptops, donated by NITDA were presented to all participants at the ceremony.