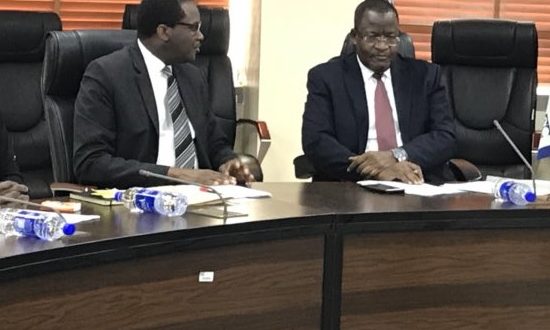 * Set up a month-long joint committee to investigate call masking and filing
*The inter-agency collaboration could prove an end to the lingering issue
*NCC ealier imposed sanction on licensees involved in the fraudulent practice
*Hgh incidence of call-masking, call-refiling and SIM-Boxing

Nigerian Communications Commission (NCC) and Consumer Protection ACouncil (CPC) have agreed to set up a joint investigation team to track call masking with call refilling, in order to uncover the identity of the perpertraitors of the revenue deeping crime in the mobile voice segment.

The apex regulator said it has been inundated with complaints from service providers and consumers regarding the high incidence of call-masking, call-refiling and SIM-Boxing.

Call masking is the practice of disguising international calls as local calls in order to profit from price differentials between international and local calls. Apart from the resultant loss of revenue by service providers, the practice also has some negative security implications
NCC revealed this while holding a joint meeting with the CPC at the Commission’s Headquarters in Abuja and the inter-agency collaboration is at the instance of the National Assembly.

Executive Vice Chairman, NCC, Prof. Umar Danbatta said the directives of the National Assembly to set up an investigation team to look into the issue of call masking and call refilling came at a time when the commission has set in motion measures to end the threat of such breaches to national security.

“The office of the National Security Adviser had directed the NCC to put in place, measures that will contain this menace even before the directive from the National Assembly to the NCC and the CPC.
“We have resolved to set up a joint committee to investigate call masking and filing and conclude within a month, and I am very happy with the outcome of the meeting.

“What has happened today is a testimony to an important item on NCC’s 8-point agenda which is strategic collaborations and partnerships with other agencies of government,” said Danbatta.
Another outcome of the collaboration was to review the existing Memorandum of Understanding (MoU) between the two government agencies and to also discuss how to improve complaints resolution of telecommunications consumers.

Director General, CPC, Mr. Babatunde Irukera also noted that the two government organizations holds consumers in high esteem and as such will work towards ways to improve consumer experience. He further stated that the concluding part of the MoU will usher in a new era of high productivity and improving the quality of service delivered to the consumer even as issues in the industry will be addressed.

“It was a very productive meeting and few key things we agreed on is that the CPC needs a good number of guidelines, directions, regulations and initiatives of the Consumer Affairs Bureau of the NCC, with respect to addressing consumer issues.
“We are looking to concluding an existing negotiation on an MOU that will define how our relationship goes going forward, and we will open a mutual investigation into quality of consumer experiences in the telecommunications industry, to address a lot of consumer issues,” said Irukera.
In the same vein, the Executive Commissioner Stakeholders Management, NCC, Sunday Dare stated that the collaboration had been in existence with previous MoU’s and the concluding part is needed to protect the consumers and improve the quality of service.

“We have been trying to review the MOU for some months and we’ve come to the final part of it, and what has happened today is to make sure we create the kind of synergy that we need to go forward to protect the consumers,” he said.
The CPC is an agency supervised by the Federal Ministry of Trade and Investment. It is set up to protect and enhance consumers’ interest through information, education and enforcement of appropriate standards for goods and services and to promote an environment of fair and ethical trade practices.

Earlier, NCC imposed a range of sanctions on licensees involved in the fraudulent practice.
It was following a investigation process which included collaboration with the Office of the National Security Adviser (NSA) and the Department of State Services.

For example, the Commission imposed a range of sanctions on licensees involved in the fraudulent practice. These include the following sanctions:
Suspension of the Interconnect Clearinghouse License issued to Medallion Communications Limited for a period of 90 (ninety) days, in the first instance;
Issuance of a strong warning to Interconnect Clearinghouse Nigeria Limited;
Disconnection of Information Connectivity Solutions Limited (ICSL) and Solid Interconnectivity Services Limited from all networks, until they regularize their operations;
Issuance of letters to Exchange Telecoms Limited, NiconnX Limited and Breeze Micro Limited, cautioning them against engaging in the fraudulent practice; and
Barring of over 750,000 numbers assigned to several Private Network Links (PNL) and Local Exchange Operator (LEO) licensees, which number ranges were found to have been utilized for the practice.

The sanctioned entities were found to be directly and indirectly complicit in several infractions, including, covertly allowing organisations with expired licences to transit calls, failure to undertake due diligence on parties seeking to interconnect, deliberately turning a blind eye to masking infractions by interconnect partners, and using a licence issued to another organisation to bring-in and terminate international calls which were masked as local calls to other operators.

The Commission said the incidence of call masking has significantly reduced since it commenced a multi-faceted approach to address the menace. The Commission hereby informs all stakeholders that the actions so far taken are just the first stage of the exercise. The second stage which has now commenced, will focus on the Mobile Network Operators and other persons involved in SIM-Boxing.

The aim of the Commission is to completely stamp out the fraudulent practice in the overall interest of all Nigerians. Accordingly, every service provider that has been sanctioned still has an opportunity to correct the identified anomalies and satisfy the Commission that it should be allowed to continue to operate in Nigeria. The Commission reserves the right to revoke the licence of such service providers where they fail to take the necessary corrective measures.