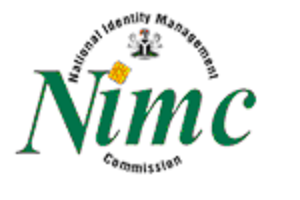 “You can reel off your national identification number by heart and the banks can check online just the same way they can check for your ATM card online to see whether the person exist in the system or does not exist in the system,” the DG said.
according to him, NIMC started enrolment in 2012 so far Nigerians enrolled in 2012, 2013, their cards have been printed. The ones we are printing are the 2014. As much as possible, card issuance is based on first come, first served basis. In the printing that is 99% is first come, first served and as we want to deemphasize the card because if we focus on it we won’t be able to capture everybody and also we can just present this number now for any of the government service. The government services have been outsourced to the private sector to perform so all of them are mandated to accept the national identification number.

Aziz explained that verification is ongoing, “but we provide for everybody, any entity that wants to verify currently like the banks have been connected. The public services like police have been connected. So they can verify a person, but harmonization and interconnection so far that is ongoing. The ones we have been working with has been BVN based on the Central Bank Governor’s directives and they have pushed about 15 million records to us which we have so far processed about 12 million records.”
Speaking further, he said NIMC is harmonizing very well with the BVN because their product, their standards are capturing the 10 fingerprints. It captures four fingers at the same time. It also takes the picture. So the others like INEC, we have tested some of the data and we are in the process of collecting more data from INEC but the National Communications Commission, we have collected five million records which we have perform some verifications on those that have generated reports on this. But as I said in the future, we’re doing the ecosystem abroad, which they can also harmonize or they can enroll from their own part. They can also harmonize and recreate at their own end.