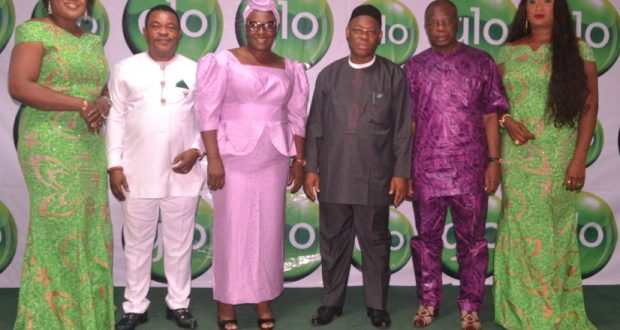 IT NEWS NIGERIA:
Globacom has announed that its dealers and enterprise customers in the country have been having tremendous fun on the bill of Nigeria’s foremost telecommunications brand, Globacom.

The fun train has berthed in Lagos, Port Harcourt, Abuja and Enugu, dishing out sundry high-octane entertainment, sublime music, rib-cracking, stress-bursting jokes and anecdotes as Glo celebrates its highly esteemed dealers and enterprise customers.
The company is appreciating its critical stakeholders for their loyalty and support over the years.
Dealers and Enterprise customers in the South West were the first to taste the goodies at the Sheraton Hotel, Ikeja.
On hand to welcome the guests were two iconic comedians, the Bishop of Osusu Ministry, Gordons (Godwin Komone) and Seyi Law (Lawrence Oluwaseyitan Aletile) supported by a one-man band, Aka Melody, who put guests in a relaxed mood for the event.

Globacom’s Chief Retail Officer, Mr. David Maji welcomed them to the event on behalf of Dr. Mike Adenuga Jr., Chairman of Globacom.
The juju music maestro, King Sunny Ade (KSA) surprised the guests by making a cameo appearance at the event.
KSA who looked resplendent in his all-white attire quickly mounted the band stand and sang “Call me…0805 is my number dial” as an appetizing performance to the stakeholders who pulled out their phones to record the rare entertainment gift Glo offered them; an exclusive KSA performance just for them!

The prestigious Abuja Sheraton Hotel was the venue of the appreciative party for Glo stakeholders in the North.
King Sunny Ade was again on hand to give the guests a time of their lives.
To provide additional entertainment, MC Tagwaye alias “Mr. President”, Gordons and Acapella joined forces with KSA, making the event one to remember for a long time to come.
All the guests were presented with one plasma television set each while lucky dealers who participated in the raffle draw won cash gifts ranging from one million naira, five hundred thousand naira to two hundred and fifty thousand naira cash prizes.
“This is another way of saying thank you to our partners who have been giving tremendous support to our business,” Mr. Maji said.

Glo Dealers and Enterprise customers in the South-South were hosted at the posh Swiss Spirit Hotel on Stadium Road, Port Harcourt right about the same time the Lagos party was going on.
A two-man live band, Soul Plus Band, dished out memorable tunes to put them in the mood.
Augustine Mamuro, Regional Manager Secondary Sales (South South Region) welcomed them and it was fun galore as Dan D’Humorous and Arinze Baba tickled guests with witty jokes. Guests in Port Harcourt also won millions of naira prizes
The story was the same at the Enugu event, as it was an evening of cool live music supplied by Royal Stars Band, high-level comedy and sumptuous dinner, complete with a rich variety of drinks.
Dexterous comedian and compere who has earned respectable reputation in the East, Senator, piloted the event.
The night was also enriched by the presence of veteran actress, Patience Ozokwor, popularly called Mama G, ace comic, Victor Osuagwu and high flying pop artiste, Phyno, who performed his hits for the enjoyment of the guests.
Globacom’s Coordinator, Corporate Services, Yomi Ogunbamowo formally welcomed the guests on behalf of the Chairman of the board of Globacom, Dr. Mike Adenuga Jr.

Lucky dealers went home with a flat screen television set and cash gifts of N1 million, N500,000 and N250,000.
Stakeholders in the Benin area are waiting for their own cut of the pie. The event is slated for this Wednesday at the Edo Heritage Hotel, Benin City. A big surprise awaits guests as iconic artistes have been lined up to serenade guests and give them an evening to remember.