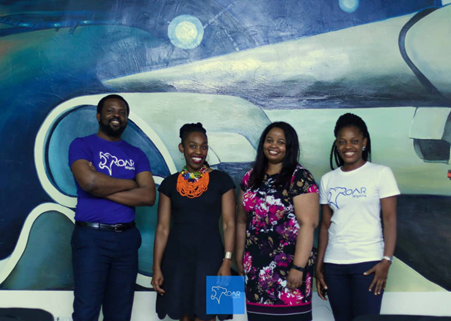 Roar Nigeria Hub recently hosted Facebook Stakeholders Roundtable at University of Nigeria for South-East and South-South Nigeria, according to a statement weekend.

It added that the Public Policy Director at Facebook Africa, Ebele Okobi led the global social media giant team to the Forum.

The visitors were first received by the Vice Chancellor of the University, Professor Benjamin Ozumba starting with a courtesy call at the Vice Chancellor’s conference room. After a brief tour of the Lion Laptop Assembly Plant and the Lion Science Park they were welcomed at Roar Nigeria Hub for the planned stakeholder roundtable hosted by Charles Emembolu, Co-Founder and Director of Roar Nigeria.

The roundtable had the academia, private and government representatives drawn from across eight states of the South South and South East Nigeria including innovation hub, business leaders, academia, investors, technology community, members of the SSE Angel Network (SSEAN), and other national technology leaders were in attendance. Discussions focused on policy issues, technology commercialization, knowledge transfer, academic research, mentorship opportunities and the engagement strategy for the technology giant. Roar Nigeria is a private sector led incubator opened in 2016 as a collaboration with University of Nigeria and recently partnered Facebook under the NG Hub program to foster businesses that leverage deep technologies such as Artificial Intelligence, Blockchain, Virtual Reality, Drones, etc).

Ebele Okobi, in her remarks, appreciated the university management for its effort in creating an enabling environment for innovation to thrive in the academia and explained the purpose of the visit. “We realize the critical role of policy in creating an environment that maximizes the potential for technology to drive forward economic, social and academic advancement”, she said.

She shared details of some of the partnerships Facebook had launched in Nigeria while stating that the visit was to explore better ways of partnering African institutions and organisations such as Roar Nigeria at the policy level.

The University of Nigeria boasts a lot of firsts in the technology and innovation space with the Lion Laptops being assembled locally at UNN; the Roar Nigeria Hub, West Africa’s first full-fledged university embedded business and technology incubator and very recently the Lion Science Park. These novelty projects have been delivered under the remarkable leadership of the Vice Chancellor, Prof Benjamin Chukwuma Ozumba and mostly working with a triple helix concept.

“I consider this engagement a milestone in our journey to bring academia to the forefront of technology and innovation advancement in Nigeria. The significance of this roundtable has been the ability to have top level policy makers and influencers from institutions such as Facebook, State Governments, Regional Businesses, Student Leaders, Chambers of Commerce, Investors and Universities discussing research, technology, innovation, commercialization as tools for national development. It helps us to reimagine Africa” Charles Emembolu who is also a director of the Lion Science Park said.

“In order to restore the dignity of man, we have to make the University of Nigeria the home of innovation in Africa. That is a journey we (UNN) embarked upon in 2014 and I am happy that global brands such as Facebook are taking note of these efforts” says Prof Benjamin Ozumba who was happy with the visit of the Facebook policy leadership and other stakeholders at UNN.

The Lion Laptop assembly plant currently assembles affordable laptops and plans to increase local content to 35% starting from 2019. Also, the Lion Science Park (LSP), which inaugurated its board last month has attracted top companies to its stable. Mirai Denchi, a Japanese company, Huawei Authorised Information Network Academy (HAINA) and a host of other local companies are in different phases of residency at the Park. LSP was recently registered by the International Association of Science Parks and Areas of Innovation (IASP) which the global body for science parks.