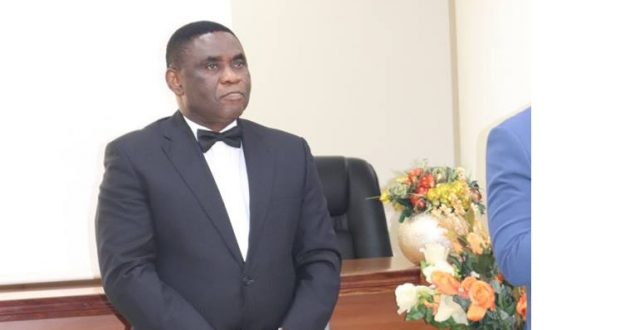 The Public Affairs Department (PAD) of the Nigerian Communications Commission (NCC) has benefited from the superintendence of two great and wonderful men that I know and worked with.

The first is Dave Imoko, UgwuAro, avuncular and thoroughbred public servant who retired from NCC some years ago. Imoko’s defining and unique selling power was the rare creative ability to make meaning of and effortlessly live with two contradictions – the essentially anachronistic, often counterproductive and frequently sickening civil service rules, and the dynamic, competitive and strategy-oriented principles of contemporary public relations practice. Imoko gave an eloquent demonstration to the message Wole Soyinka persuasively conveyed in his timeless play, The Lion and The Jewel – the necessity to blend tradition with modernity, rather than agonize perpetually over seemingly irreconcilable differences.

As Director, Public Affairs at NCC, Imoko was quite amazing and distinctive, and he could crack a stone with public relations despite the stymieing limitations of the public service orthodoxy. His attitude greatly helped me to endure the paradoxes of the civil service because I had sequentially considered my presence in the civil service as misplaced until I met Dave Imoko. His patience, perseverance and faith in man as a trove of intellection to explore and treasure are standards worthy of eternal love and practice. He made me feel I was an integral part of his life whenever he called me to his office, and after usual pleasantries, he would say to me: “I sent for you to bounce some ideas off you”. It was a privilege I will forever cherish.

Now, to the brass tacks. The second man – who is the subject of this narrative and who bestrode the Public Affairs Department at NCC like a titan that he is – is Tony Ojobo, Imoko’s successor. I had been interacting with Ojobo as a senior colleague of mine at NCC before his deployment to Public Affairs Department in 2012. I recall a colleague met me after the redeployment was announced and asked me how Ojobo was going to cope with public affairs duties. I remember I told that colleague of mine that Ojobo holds a postgraduate degree in brand management.

And so, as Ojobo arrived at PAD – over, beyond and above the handover notes – he acted as if he had a psychological, mental and spiritual conversation with Imoko. Ojobo took the mantle of leadership and as in a 100-meters relay sprint; he hit the ground running and proceeded to improve upon the fortunes of NCC’s public affairs management tradition. Armed with the requisite intellection and the supernatural grace, Ojobo took a scientific look at the PAD structure, made necessary re-engineering and set the department on an enviable path that remains a national and international model in public sector public communication and stakeholder relationship management.

READ ALSO  As many organisations head to the cloud, the first stop might be ‘hybrid’

An amazing media encyclopaedia, Tony Ojobo superintended PAD in a remarkable and sustainable manner. The emergence of NCC on the radar of key social media networks today was entirely Ojobo’s idea. It was he who created the Online Media and Special Publication Unit of PAD – a unit I had the honour and privilege to lead.

As I write, I can effortlessly recall anecdotal incidents explicating Ojobo’s rare character traits. The most striking is his frankness. You will always know where you stand with him, and I consider that character trait as very defining in the galaxy of matrices of leadership. He will never equivocate or identify with double standards. If you are under his tutelage and on top of your schedules as professionally as possible, rest assured you are Ojobo’s friend and he will always defend you all the way. Indeed, he would take up your battle as a personal challenge, irrespective of your ethnicity and religion – two volatile nauseating circumstantial classifications of identity that have taken over the Nigerian social landscape as fault lines. Ojobo’s tribe is indeed very rare, especially in the Nigerian bureaucracy which is essentially a microcosm of the Nigerian reality.

I remember one of the instances when I was so notionate and ‘invited’ some troubles. Ojobo put out the fire and in the process he saved my career at the Commission with the way he handled the matter. He already knew the facts and without talking to me, he initiated and prosecuted my defense on the bases of his knowledge of my person and the content of the memo I had written in that regard. So, Ojobo became my advocate, handled the brief pro bono and like a piece of cake. He did what many certified lawyers would need repeated briefings to handle successfully.

Tony Ojobo’s sense of duty and work ethics are professionally unassailable. As his supervisee, if it is established that you are linked with or involved in any malfeasance, you will certainly get into trouble with him – he delivered that homily repeatedly at the Departmental Weekly Meetings. If you work with Ojobo, you can never be idle because there won’t be time for idleness, and if you forcefully create time for idleness, it would ricochet badly. You must work and work hard to perfection. Under his tutelage, it was not sufficient for a task to be done, it must also be great.

For him, however phenomenal a concept is, there is always room for improvement. You cannot just be busy as Ojobo’s supervisee, you must be productive. In other words, you cannot be buried in an activity trap; you must come forth with results in a concrete, remarkable and measurable manner. It is an unvarnished record that Ojobo nursed and nudged members of his team in PAD to design and implement bouquet of activities that proactively engaged NCC stakeholders within his purview. That explained why the PAD became a benchmark for innovative multi-stakeholder relationship management, and the reason NCC’s imprimatur is an indelible signpost of any national and international telecommunication activity of significance.

Tony Ojobo is a team leader in the real sense of the words. A man for whom every action communicates. An organic marketer and reputation manager, Ojobo believes you must be a great brand yourself to be able to reposition a brand. Branding comes naturally to him, but not solely because he is a certified brand manager. His story speaks so eloquently to the fact that the brand pedagogy (as many pedagogies) is essentially an icing on the cake of the learning curve. Indeed, some patterns of branding, education merely reinforce appropriate and auspicious attitudinal dispositions for people who are genetically constituted as living brands. So, it suffices to say that Ojobo’s persona and conduct partly explain the NCC’s migration from a preeminent national brand to an international marque too important to be ignored. It is thus fitting that he received so many awards for his exemplary feats. And those honors and classic performances were instrumental to some of the honors of the NCC, and equally constitutive in swelling the trove of garlands of laurels on NCC.

Ask Ojobo questions about NCC and he would offer you satisfactory answers with a degree of intensity that will spur a new appreciation of the Commission and perhaps nudge you into a scientific exploration. If anyone needs to be an exemplar of what is good about the public service, if anyone needs to be a justification, a metaphor for the critical role the public sector ought to play in uplifting the nation, Tony Ojobo is just the perfect paradigm. Indeed, to locate Ojobo in the national civil service that is perceived as inefficient and evidently underwritten by ethical and financial corruption is a confounding allegory and paradox. Yet, he made such a beautiful career of it.

Cerebral, debonair and discerning, Tony Ojobo is unashamedly Igbo but a uniquely patriotic Nigerian. His passion for Nigeria’s development explains why he feels every one of us must put in his best at his desk because it is what we do individually that incrementally shapes Nigeria’s development. I particularly admire his work ethics, his thoughts on scholarship, his commitment to Kingdom stewardship, respect for people (however they are circumstanced), as well as his healthy hatred for oppression, prejudice, inertia and complacency.

As a Minister of the Gospel, Tony Ojobo – like anyone with his predilection – knows that life is a gift. He says it repeatedly. He enjoys every bit of life while it lasts but he does so in meditation and mindful of his fellow man – his commitment to other people’s well-being and happiness is also exemplary and terrific. Ojobo is instrumental in deepening my love for the Igbos. He is one of the legs of the tripod – that trio I often refer to as the Enugu Triumvirate, as he complements the other two great men from Enugu – HRH Frank Nweke II (Frank NwekeJr as he then was) and EmekaMba – who ‘Rule my World’. 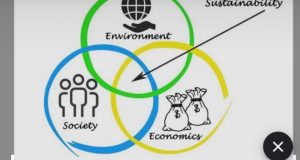 Sustainability, it’s in the details 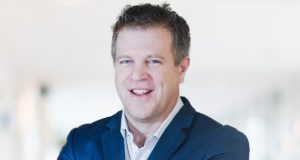 Microsoft: Redefining CFO roles beyond the ties of COVID-19 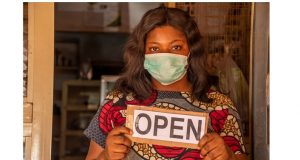 Systematic reopening of the Nigerian economy by the PTF 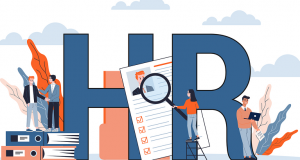 Why HR practitioners must adjust with changing workforce 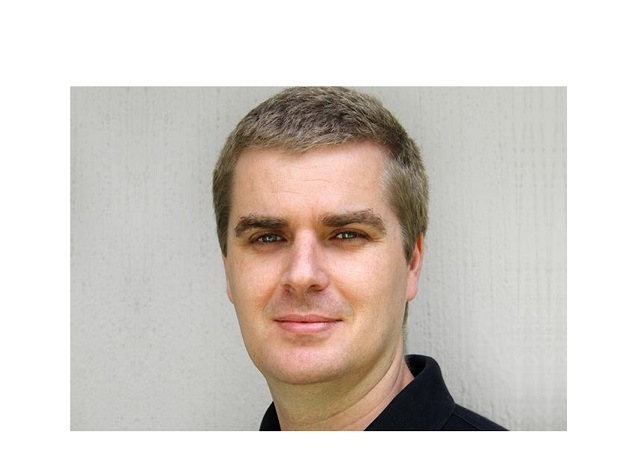 Public-private partnerships is critical and Africa ... 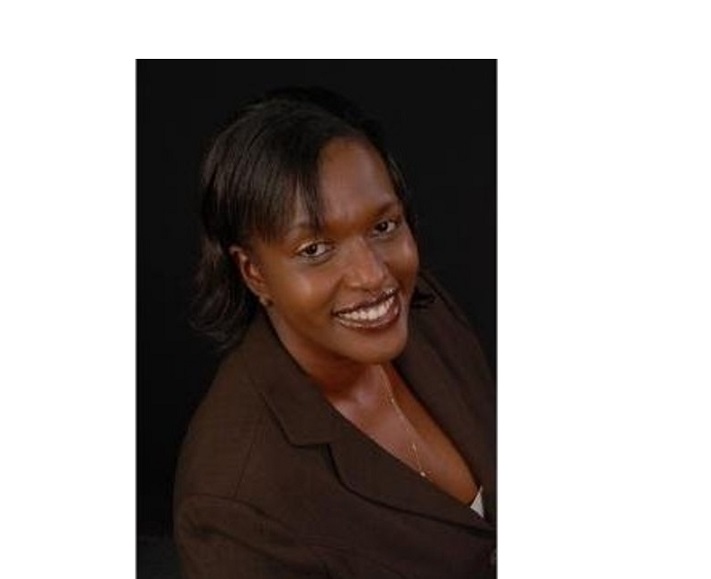 Microsoft says investment in education is ... 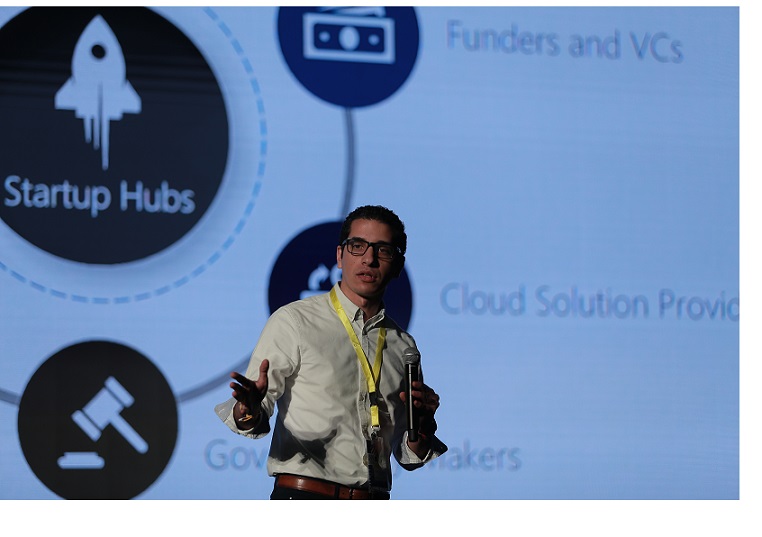 By Muhammad Nabil, Partners and Startups ... 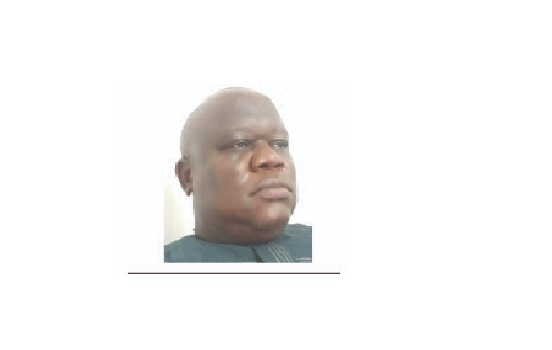 IPPIS: What exactly is ASUU afraid of? 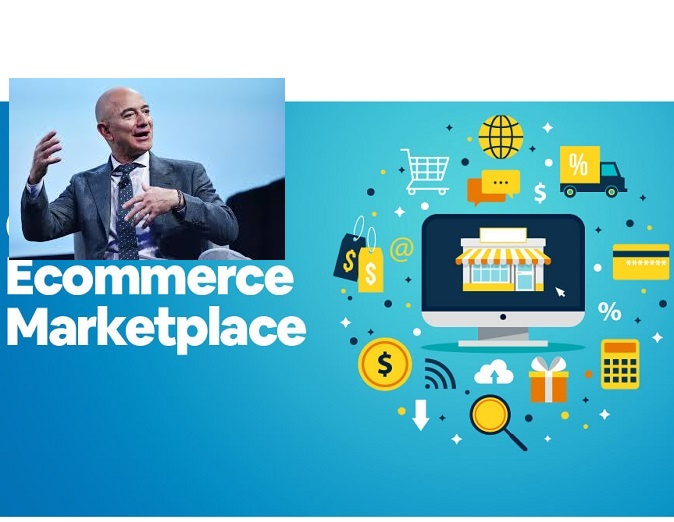 Jeff Bezos, American and founder of ...