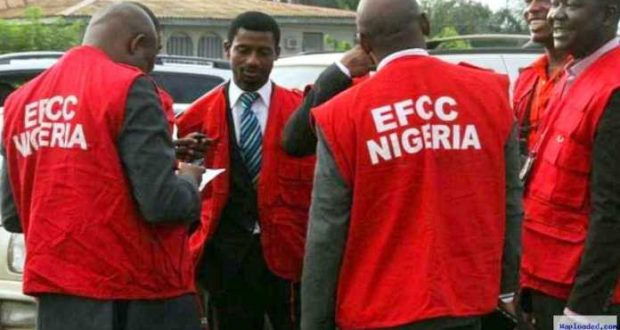 The Economic and Financial Crimes Commission (EFCC), just like the Nigerian Police, has cleared Zinox Technologies Ltd., Zinox Telecoms as well as Technology Distributions Ltd. (TD) and its staff of any infraction based on a series of petitions written by Benjamin Joseph, the owner of Citadel Oracle Concept Limited, a company based in Ibadan, claiming that his authorized agent, Princess Kama had connived with staff of TD, Sub-Saharan Africa’s biggest ICT distribution company, to use his company Citadel without his knowledge to secure a contract for the supply of HP laptops from the Federal Inland Revenue Service (FIRS).

Absolved of any wrongdoing by both the Police and the EFCC are Company Secretary/Legal Adviser, Zinox Group and TD, Chris Eze Ozims; Managing Director, Operations, Mrs. Shade Oyebode and Head of Finance, Mr. Charles Adigwe, both of TD., thereby vindicating the long-held position of the company on the innocence of its staff in the series of media campaign waged by Mr. Joseph through Premium Times, an online news medium.

The issue arose from a business transaction between Citadel Oracle Concept Limited (Mr. Joseph’s company) and their appointed staff/representatives, (Princess Kama and Chief Igbokwe), when they won a contract for the supply of HP laptops to the FIRS in 2013. Having no funds to execute the contract, his appointed staff/agents approached TD, an authorized HP distributor to supply them the laptops on credit pending payment by the FIRS.

In view of previous bad experience and in order to avoid exposing the business to bad loans, TD had insisted that its staff, Mr. Ozims and Mrs. Oyebode, would have to be signatories to an account opened by Citadel Oracle Concept Ltd. for the purpose of disbursement of funds as regards the contract and as security for the laptops supplied on credit. Immediately the contract was executed and payment effected by the FIRS, TD had deducted the pre-agreed invoice sum of the laptops and had its staff resign as signatories to the said account – a similar procedure applied to other customers who had similar contract with FIRS for the supply of similar HP laptops at the time

According to Mr. Joseph, while payment was made using his company, no laptops were delivered to the FIRS. However, it has emerged that a disagreement arose when he was trying to share the profit earned from the transaction with Princess Kama, which involved the intervention of legal luminary, Afe Balalola SAN. However, when Mr. Joseph could not reach an amicable settlement with Princess Kama, he changed the narrative – claiming that he had no knowledge of the transaction.

He first petitioned EFCC Lagos in 2013, who investigated and found out that the systems were fully delivered, deployed and signed for by top Management staff of FIRS. The EFCC also confirmed that Mr. Joseph was aware of the contract as he personally submitted a signed letter of authority along with a copy of his international passport and other corporate documents of his company, authorizing Princess Kama to act on his behalf. The letter signed by Mr. Joseph also accepted the contracts from FIRS on behalf of Citadel, thus rendering his subsequent denial of any knowledge of the contract suspicious.

Disregarding the investigations at the EFCC Lagos based on his petition, Mr. Joseph, again, petitioned the Special Fraud Unit of the Nigerian Police (SFU), Milverton Road, Ikoyi, in 2013, against Princess Kama and her uncle, Chief Igbokwe, and added TD, the company that supplied the computers to them on credit. Mr. Joseph claimed that his company was used without his knowledge and that the account opened by his company in Access bank was not to his knowledge and that, his signature was forged on a board resolution and the letter of authority to Princess Kama. However, after full investigation by the Police Special Fraud Unit, they confirmed that all computers with listed serial numbers were duly supplied and paid for by the FIRS. The Police also subjected the documents bearing Mr. Joseph’s signature to forensic analysis and confirmed that the signature was actually his.

Mr. Joseph ignored the report of the investigation by the Police SFU and went ahead to petition the Nigerian Police (Force CID) Headquarters, Abuja, in 2014, without disclosing previous petitions and investigations on the same matter. The-then Inspector-General of Police, Solomon Arase instructed a detailed investigation, and only for his team of investigators to discover that there had been several country-wide investigations on this matter. The investigations by the Force Headquarters also came to the same conclusion as the SFU Report. It was this deceit that informed the Police to commence criminal proceedings against Mr. Joseph for false and misleading information and waste of Police resources and time, in Charge No. CR/216/16 (IGP vs. Benjamin Joseph), at the FCT High Court, Abuja.

In what may appear to be calculated efforts to subvert the course of justice, Mr. Joseph had then resorted to several petitions to the Attorney General of the Federation (AGF) which led to a review of the case file. On February 10th 2017, a letter (Ref: DPPA/PET/397/16) from the Office of the Director of Public Prosecutions (DPP) approved that the Police should continue with the prosecution of Mr. Joseph

A few months after the inauguration of the current administration, Mr. Joseph again petitioned the Office of the Vice President, Prof. Yemi Osinbajo on the same facts, insinuating that his company was used to defraud the Federal Government of Nigeria of over N200m in that no computers were supplied to the FIRS even though payment was made. The VP duly instructed the EFCC Chairman to investigate and report back.

The EFCC launched a nationwide investigation and confirmed all systems were supplied. The report, in the main, noted that the Federal Government was not defrauded in any way. In their report, they exonerated Technology Distributions Ltd. from any fraud, as the money received by the company was the actual invoice value of the computers supplied to Mr. Joseph’s company, Citadel, on credit, through his appointed agents. The investigations and report also exonerated the staff of Technology Distributions Limited, including Mr. Ozims, the company secretary, Mrs. Oyebode, the-then Executive Director and Mr. Adigwe from any fraud. The said staff of TD were listed as prosecution witnesses in the criminal case filed by the Police against Mr. Joseph, with Mr. Ozims having already testified as a witness for the Prosecution. This is a vindication of the innocence of the staff of TD. It was also noted that Zinox Technologies Limited and its Chairman had no involvement, whatsoever, with the transaction, following which the Office of the DPP again directed the Police to continue with Joseph’s prosecution through another letter (Ref: DPPA/ADV:1009/14) dated 7th May 2018 and addressed to the Inspector-General of Police.

Princess Kama, Mr. Joseph’s appointed representative, had further admitted in all her statements and testimonies on oath in court that she submitted the board resolution used in opening the account at Access Bank Abuja, together with Mr. Benjamin Joseph and not in company of any staff of TD. She further wondered why Mr. Joseph has been dragging the names of TD and Zinox and their staff into the issue, when these are innocent people who graciously supplied the laptops to them on credit, which was delivered to FIRS.

Mr. Joseph had subsequently intensified a media campaign which saw the names of the Chairman, Zinox Group, Leo Stan Ekeh repeatedly included in a series of publications by Premium Times, which incidentally remained the only medium out of over 30 media houses that investigated the case and continued to publish Mr. Joseph’s claims, without recourse to verifying from the EFCC and the Police despite having access to these authorities, further fuelling suspicions of an attempt at arm-twisting or blackmailing the company to cave into pressure from Mr. Joseph.

In a telephone chat, Gideon Ayogu – Head of Corporate Communications at Zinox held that Mr. Joseph and his collaborators knew the truth from the beginning but erroneously assumed that embarking on a media trial or blackmail will make Zinox succumb to the unfounded demands of Mr. Joseph.

“Premium Times keeps publishing that a prima facie criminal case was made by the Police and the EFCC in their reports against the staff of TD and Zinox.  We have challenged them severally to publish any evidence of these allegations or reports. Till date, they failed to produce any such evidence, but keep publishing spurious stories handed down to them by Mr. Joseph.

“We, however, made it clear to them in a widely-read advertorial that this is against our corporate culture and requested them to publish proof of any infraction by the company or its staff. Again, they are yet to do this more than one year after. It is unfortunate because neither Zinox nor TD is desperate for cash for it to cheat any individual or company, as the case may be. I can confirm, and you can check with bankers in Nigeria, that this is one Group, which in her 32 years of existence is not indebted to any bank. It is a structured organization run strictly on the integrity of the investors,” he concluded.