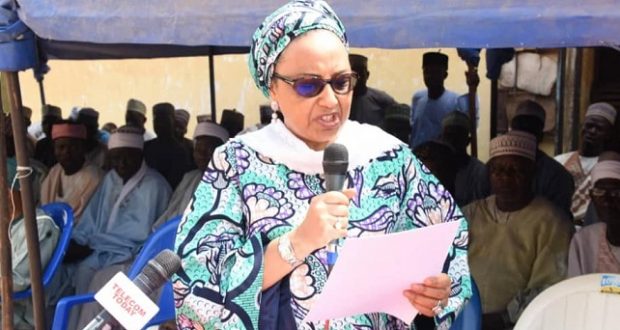 The Nigerian Communications Commission this morning held sensitization and knowledge-sharing programme on the correlation between mobile handsets that are not type-approved by the Commission for safe use and good quality of service.

Besides the negative implication on the quality of service available to the user of non-type approved and substandard handsets or other mobile devices, using uncertified sets is hazardous and poses threat to successful management of electronic wastes.

The Executive Vice Chairman and Chief Executive Officer of the Nigerian Communications Commission, Prof. Umar Danbatta stated this today at Paiko, near Minna in Niger State where the Commission hosted a sensitization programme on the subject.

Amina Shehu, Director Zonal Operations, who represented the NCC Chief Executive noted that apart from the risk posed to humans by counterfeited and substandard mobile devices, fake handsets and other devices have implications for the Quality of Consumer Experience and it damages the integrity of the Networks, and also threatens both the security and economy of the nation.

Accordingly, Shehu called on the participants at the programme to be mindful of the types of phones they use in order to minimize the risks of radiation and other negative consequences associated with counterfeit and substandard mobile devices.

Mrs Shehu told the audience that NCC was working collaboratively with Consumer Protection Council, Standards Organization of Nigeria (SON), agencies charged with the duty of protecting the environmemt as well as those in the security to address the menace of importation and sale of non- type approved handsets in the country.

The sensitization workshop eloquently speaks to NCC’s noted promptness in addressing issues within its mandate because the workshop held just two days after the Commission organized a Public Inquiry on Draft Guidelines for Disaster Recovery and Draft Regulations on E- Waste held at the Commission’s Head Office where Prof. Danbatta affirmed that electronic waste constitutes the fastest- growing waste stream in the world and because that genre of waste is non- biodegradable, it was time stakeholders took concrete implementable actions to arrest the proliferation of electronic waste in Nigeria.

The District Head of Paiko who also participated at the event – which held at his palace – expressed appreciation to the Commission for hosting the programme at Paiko. He seized the opportunity to request for NCC’s support to the community in the area of ICT infrastructure and promised to collaborate with NCC in all its programmes.

Other participants at the event include Alhaji Danlami Iliyasu, Director Social Development at Paiko, who represented the Chairman of Paiko Local Government Area.