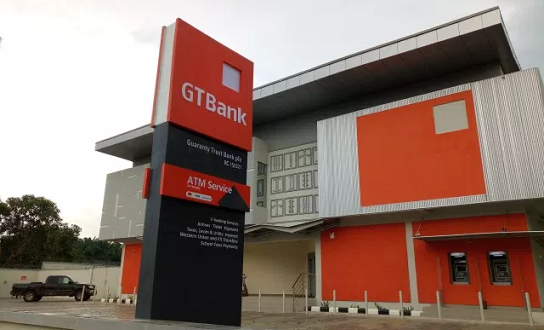 Shareholders of Guaranty Trust Bank (GTBank) Plc, on Thursday unanimously endorsed the payment of a total dividend of N2.75 per share for the financial year ended Dec. 31, 2018.

The shareholders gave the approval at the bank’s 29th Annual General Meeting (AGM) held in Lagos.

Speaking at the meeting, Mr Sunny Nwosu, Emeritus, Independent Shareholders Association of Nigeria, lauded the bank’s board and management for sustaining profit and dividend payment in spite of challenging economy.

Nwosu said the bank had showed resilience with enhanced profit and sustainable dividend during the period under review.

He, however, urged the bank to sustain the trend and ensure enhanced dividend payouts in the years ahead.

Mr Nona Awoh, another shareholder, urged the bank to map out strategies aimed at reducing its unclaimed dividend figure which stood at N18.23 billion during the period under review.

Awoh said the amount was huge as far as retail Nigerian shareholders were concerned.

According to him, the bank must liaise with its registrars and Investors Relations Officer to bring down the figure.

Awoh said that regulators should stop shortchanging shareholders through levies and fines, noting that shareholders would resist such acts going forward.

Mr Segun Agbaje, the bank’s Managing Director, said the bank would continue to offer shareholders impressive dividend but would not declare bonus to avoid over bloating of its shares.

Agbaje said the bank would continue to invest in empowering small businesses and promoting enterprise.

According to him, the bank will continue to support its communities, large and small by creatively expanding certain flagship Corporate Responsibility programmes such as the GTBank Food and Drink Fair and GTBank Fashion Weekend.

Also speaking, Mrs Osaretin Demuren, the bank’s chairman, said that it would continue to pay critical attention to the development of its staff by providing them with professional training and connecting them with extensive learning opportunities.

Demuren said that GTBank would remain resolute in taking advantage of opportunities inherent in the industry to grow earnings, improve profitability and deliver returns to its esteemed shareholders.

The News Agency of Nigeria (NAN) reports that the bank posted profit before tax of N215.6 billion as against N197.7 billion recorded in the corresponding period of 2017, representing an increase of 9.1 per cent.

Its customers deposits increased by 10.3 per cent to ₦2.27 trillion from ₦2.06 trillion in the comparative period of 2017.

The result showed that the bank closed the 2018 financial year with total assets of ₦3.29 trillion and shareholders’ funds of ₦575.6 billion.

An analysis of the bank’s assets quality showed that Non-performing loans and cost of risk improved to 7.3 per cent and 0.3 per cent during the review period from 7.7 per cent and 0.8 per cent in December 2017.