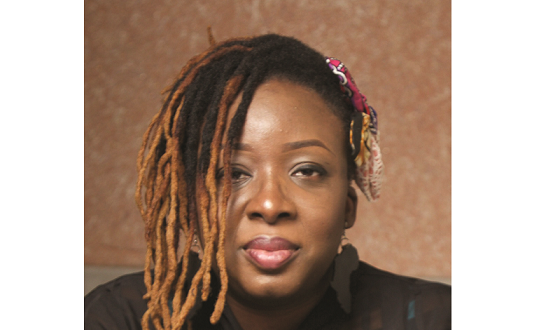 The Ladima Foundation, the Pan-African not-for-profit organisation dedicated to supporting and promoting women in the film and TV industries across Africa is proud to announcement the appointment of Lydia Idakula Sobogun to its management team in Nigeria.

The Ladima Foundation recently announced its flagship project for 2019, the Ladima Film Academy for Women, supported by the Nigeria Film Corporation, that will launch in late 2019. Lydia Idakula Sobogun has been appointed as Project Manager for the Ladima Film Academy and will handle the planning and roll out of the project as well as related management responsibilities.

Lydia Idakula Sobogun is a trained lawyer, arts enthusiast, and a TV/Film & Stage Producer. She’s the Founder of Gbagyichild Entertainment, home to the TARUWA brand, which comprises the monthly open mic performance evening, a yearly magazine, an annual performing arts festival, and an online platform.

In 2007, by her deep love for the arts and a passion for building relationships, Lydia was inspired to start ‘Taruwa’ which is Hausa for the word ‘Gathering’. The first meeting had 7 people in attendance, but with great content, word spread and TARUWA rapidly became a household name in Lagos for spoken word artistes, musicians, poets, lyricists and the overall art lover looking to unwind amidst creativity.

Over the years, her passion for the arts has seen Lydia become a strong advocate for the growth of the Nigerian contemporary arts. She has organised and worked on a number of exhibitions, projects, workshops, showcases, and festivals through her company and for other organisations including the British Council, SPAN (Society for the Performing Arts in Nigeria), Bogobiri House [where Taruwa holds], Life House and Individuals.

She is currently working as a Series Producer on the first season of an MNET Daily Show, HALITA, which premiered in February 2019 and has just concluded the third edition of the Taruwa Festival of Performing Arts, which took place in Lagos, Nigeria in March of 2019.

Lydia has this to say of her appointment, “I am deeply honoured and excited to join the Ladima Foundation team. I am particularly thrilled about the work we will be doing through the Ladima Film Academy for women as well as other exciting projects we have lined up over the next couple of years. Ladima Foundation’s goal to support and promote women in film across Africa is a vision I believe in and I am glad that I get to be a part of something truly phenomenal.

The Ladima Foundation has identified Nigeria as one of its key regions for active interventions in support of women in film and television.