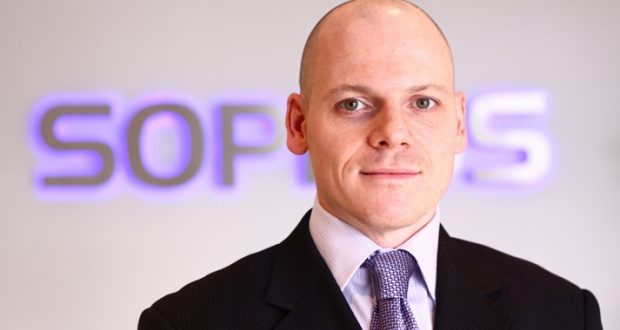 Sophos, a global leader in endpoint and network security, has released alert about a new ransomware that is threatening businesses.

“MegaCortex was a relatively little-seen malware that suddenly spiked in volume on May 1. Sophos has seen MegaCortex detections in the US, Canada, Argentina, Italy, the Netherlands, France, Ireland, Hong Kong, Indonesia, and Australia.

“The ransomware has manual components similar to Ryuk and BitPaymer, but the adversaries behind MegaCortex use more automated tools to carry out the attack – this is unique.

“Up until now, Sophos has seen automated attacks, manual attacks and blended attacks, which typically lean more towards using manual hacking techniques to move laterally; with MegaCortex, Sophos is seeing heavier use of automation coupled with the manual component.

“This new formula is designed to spread the infection to more victims, more quickly.

As indicated in the SophosLabs Uncut article, MegaCortex Ransomware Wants to be TheOne, there is no explicit value for the ransom demand in the ransom note.

The attackers invite victims to email them on either of two free mail.com email addresses and send along a file that the ransomware drops on the victim’s hard drive to request decryption “services.”

The ransom note also promises the cybercriminals “will include a guarantee that your company will never be inconvenienced by us,” if the victims pay the ransom, and continues, “You will also receive a consultation on how to improve your companies cyber security.”

Sophos has also made the following protection recommendation to businesses:

“It appears that there’s a strong correlation between the presence of MegaCortex, and a pre-existing, ongoing infection on the victims’ networks with both Emotet and Qbot. If IT managers are seeing alerts about Emotet or Qbot infections, those should take a high priority. Both of those bots can be used to distribute other malware, and it’s possible that’s how the MegaCortex infections got their start.

“Sophos has not seen any indication so far that Remote Desktop Protocol (RDP) has been abused to break into networks, but we know that holes in enterprise firewalls that allow people to connect to RDP remain relatively common. We strongly discourage this practice and suggest that any IT admin who wishes to do this put the RDP machine behind a VPN

“As the attack seems to indicate that an administrative password was abused by the criminals, we also recommend the widespread adoption of two-factor authentication wherever possible

“Use anti-ransomware protection, such as Sophos Intercept X, to block MegaCortex and future ransomware

“We suspect this is your script kiddie/living-off-the-land ‘mega bundle’ and a good example of what we’ve lately been calling cybercriminal pen-testing.

“The MegaCortex attackers have taken the blended threat approach and turned it up to 11, by increasing the automated component to target more victims. Once they have your admin credentials, there’s no stopping them. Launching the attack from your own domain controller is a great way for the attackers to inherit all the authority they need to impact everything in an organization.

READ ALSO  Cyber security myths you must forget, to avoid being hacked!

“Organizations need to pay attention to basic security controls and perform security assessments, before the criminals do, to prevent attackers like these from slipping through”.

Capacity building is the key ingredient to eGovernment Masterplan – e-GTC

Counsel to Lagos State Government on ...

Agricorp to invests massive N20bn and create over 100,000 jobs

Agricorp says it is set to ...

The Sectoral Working Group (SWG) of ...

NITDA has said the existence of ...