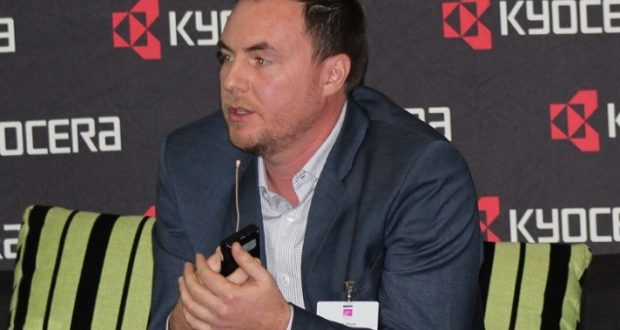 The world is drowning in data. As organisations across the globe attempt to manage these massive datasets, varying sources and formats emerge. This leads to disparate data, management silos and questionable reporting based on varying data

According to Ian Dury, Business Process Manager at KYOCERA Document Solutions South Africa, this led to limited data access and disparate data views. “Only a few people have access to the data that they work on. Those that don’t have access can’t see the big picture,” confirms Dury. As a result, the connection between departments was tenuous and the understanding of how they correlate with each other limited. From decision making to reporting, every function that relies on data is made more challenging in this environment.

Having recently moved onto a new Enterprise Resource Planning (ERP) system, KYOCERA felt that Qlik Sense was the right tool to help the business gain greater insights from its data. The solution was implemented by South Africa Qlik Master Reseller. “Throughout this process, my focus has been to consider improvements in KPIs for all departments, company-wide,” said Dury. “From what I’ve seen, the platform effectively allows for management by Qlik. We don’t have to have a meeting to evaluate how staff are doing or call them to get a report – it’s all there, on the tool.”

With organisation-wide acceptance of the tool, a number of KYOCERA staff have attended the Qlik Sense training course. “They use the data given, then they create their own apps,” adds Dury. “The process to develop is becoming faster all the time, and the staff know what mindset we’re going for.” Although some change management was required in the move from QlikView to Qlik Sense, the Kyocera team is now privy to a platform that updates every 15 minutes – rather than once a day. This offers greater productivity and better decision-making power.

Dury confirms that the company now operates according to the saying; “I’ll check on Qlik”. It is the business’ foremost decision-making tool, used to: determine what stock is coming in from Europe and when it will arrive; stock management; promotions, guided by reliable information from logistics so the marketing team can make sound decisions; sales based on real information; and manage how changes in one department can impact another.

While the company has experienced many benefits from the Qlik implementation over the years, there are some that stand out for Dury. As the business goes through the harrowing auditing process annually, its auditors would often take issue with the recognition of revenue for its services base.

“We’d routinely collect meter readings and bill according to the readings taken, but the business had no idea what the target number was that it should be collecting. We may have gotten a thousand, but how many were we supposed to get? If every single meter is not billed for, it’s a service that’s being provided at a zero cost,” recalls Dury.

With Qlik, KYOCERA developed an app that stores historical billing per month, per machine and details whether a machine is currently on contract or active. “Now we had a number to work towards. We can focus on the machines that hadn’t been billed within the last six months. Through the use of this app, we billed an estimated additional five millions clicks – and that elevated number has remained the constant.” “This is an app that actually drove action. We saw 4000 odd machines, we realised some were inactive, even though (according to the system) they were active. We are now far more capable to manage all of the machines accurately, bill accordingly, and increase activity.” As such, the app continues to deliver return on investment. “In the first month we got our money back, and now the auditors understand the value, and are happy,” concludes Dury.