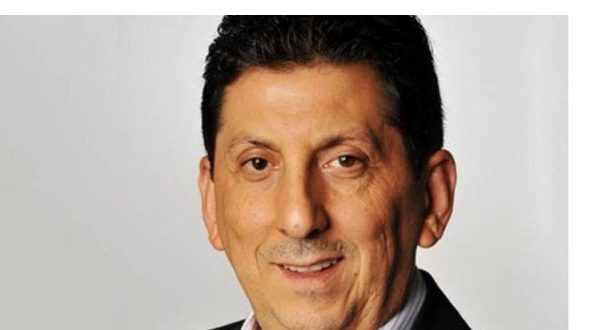 Smile Telecoms, a Pan-­African telecommunications group with operations in Nigeria, Uganda, Tanzania and the Democratic Republic of the Congo, has announced the appointments of Mr. Ahmad Farroukh as Group Chief Executive Officer and Ms. Irene Charnley as Deputy Chairman, respectively, effective 1 June 2019.

Ahmad Farroukh, who currently serves as Smile’s Group Executive Director Operations, is a seasoned and experienced telecoms executive with a distinguished record of commercial and operational success. Mr. Farroukh’s vast experience extends to executive management positions at Investcom Holdings and the MTN Group (where he served as CEO of MTN Nigeria, MTN South Africa and Group Chief Operating Executive, responsible for 19 countries) and immediately prior to joining Smile, as CEO of Mobily, Saudi Arabia’s second largest telecommunications operator. Given the extent of the opportunity and the significance to Smile, Ahmad will spend the majority of his executive time in Nigeria.

Hailed as one of Africa’s most successful business leaders, Smile Telecoms founder, and shareholder, Irene Charnley has led the Company’s innovation and pioneering of Africa’s first 4G LTE network infrastructure, using low band spectrum in 800MHz band, thereby revolutionizing the way people in Africa accessed high-speed internet. After 12 years at the helm, Ms. Charnley will now serve as Deputy Chairman for the Company and will fulfill a strategic role.

Commenting on the announcement, Mohammed H. Sharbatly, Smile’s Co-­Chairman and Group CEO of Smile’s majority shareholder, Al Nahla Group of KSA, said “The Africa telecoms market is as dynamic as it is challenging, and Ahmad is suited to lead Smile’s next exciting phase of growth, as we have transitioned from a spectrum rich upstart to the fastest, most reliable data gigabyte factory in Sub-­Sahara Africa. We are equally delighted that Irene will continue to serve the company she founded as Deputy Chair, and we look forward to her ongoing strategic direction and guidance.”

READ ALSO  NCC Will Continue To Be Active Member Of ITU, Others - Danbatta Told US Delegates

“The next phase for Smile will focus on delivering excellent operational returns, achieving profitability and creating value for all stakeholders, and I believe that Ahmed is best suited to lead the Company forward in this regard”, added Irene Charnley.

“Africa is experiencing explosive data growth, and I am honoured to have the opportunity to lead the operations of one of the continent’s best 4G LTE networks at this exciting time. It has also been a revelation after over 20 years in the industry to witness the power and versatility of Smile’s proprietary technology applications platform, which was developed in-­house and provides a huge competitive and cost advantage,” concluded Ahmad Farroukh.

Smile, founded in 2007, is a Mauritius-­based Pan-­African telecommunications group with operations in Nigeria, Tanzania, Uganda, the Democratic Republic of the Congo and South Africa. The company has one of the largest sub-­1 GHz 4G LTE commercial networks in Africa, operating in the “future proof’ low band, 800MHz band, and mid band.

Smile was the first to launch VoLTE on its network and has continued with its innovation, having introduced SmileVoice, which is a free mobile app that enables customers with any Android or Apple iPhone device (including those which are not VoLTE-­enabled) to make SuperClear voice calls over Smile’s 4G LTE network. Smile was also the first to introduce an Unlimited offering, which enables SuperFast data and SuperClear voice, all on one bundle.

2019-05-22
ITNEWSNIGERIA
Previous: “Our Plan is to Facilitate the Accomplishment of 120,000 Kilometres of Fibre by 2023″ - NCC EVC Danbatta
Next: Partners Applauds NCC For “Rendering Statutory World-Class Service”