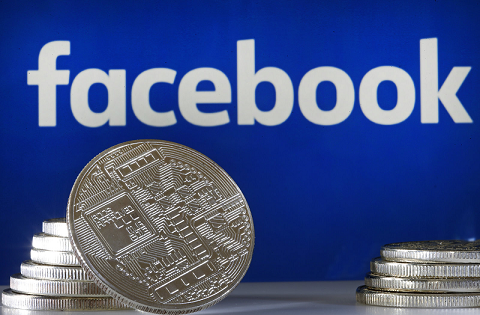 CALIBRA Is Coming: Facebook To Launch Own Digital Wallet 2020

….. to use a new digital currency called Libra

Facebook announced today it is set to launch Digital Wallet in 2020 allowing people to send money to each other via its platform, its widely-rumored cryptocurrency project: a financial services offering called CALIBRA.

Calibra is a “newly formed Facebook subsidiary” and its first product, launching in 2020, will be a digital wallet to store and send Libra, a new cryptocurrency

Sky report that Facebook own CACLIBRA Wallet will be built on its array of social media channels including WhatsApp, Messenger and its App, making it the biggest financial retail online in the world.

The move has put financial service globally on notice especially institutions around Facebook sphere of influence. This significant as internet is free and most dependent countries in the world could armed twisted against regulating social media.

After months of rumors and speculation, Facebook is finally making its cryptocurrency efforts official. This is Calibra, a digital wallet that will use a new cryptocurrency called Libra. Calibra, which is now a subsidiary of Facebook, is designed to “provide financial services that will enable people to access and participate in the Libra network,” a blockchain technology developed by Facebook that’s getting support from MasterCard, Visa, PayPal, eBay, Uber, Lyft and Spotify, among others. Facebook says it plans to launch Calibra in 2020, and the service will be available in Messenger and WhatsApp, as well as in a standalone app.

In an announcement post, Facebook said its hope with Calibra is to address a challenge that many people around the world face today: having access to basic financial services. “Almost half of the adults in the world don’t have an active bank account, and those numbers are worse in developing countries and even worse for women,” Facebook said. “The cost of that exclusion is high — for example, approximately 70 percent of small businesses in developing countries lack access to credit, and $25 billion is lost by migrants every year through remittance fees.”

When it arrives, Calibra will let people send and receive Libra cryptocurrency by simply using a smartphone. Eventually, Facebook said, it wants to offer more services for people and businesses, including the ability to easily pay bills, buy a cup of coffee with the scan of a code and use it to ride public transit without the need for cash or a physical pass.

As for how you can get funds on your Calibra account, Facebook says there will be a sign-up process that will allow you to select from a list of partner payment providers, such as MasterCard, Visa, PayPal and Stripe. Additionally, people will be able to go to a local or online currency exchanges, where they can, say, turn US dollars into Libra for their Calibra digital wallet. Facebook says that, while Calibra won’t act as a cryptocurrency exchange, the service “may” integrate with some of them in the future — though it didn’t specify which that could be.

Libra Association is an organization intended to oversee the Libra digital currency, independently of Facebook. And while Facebook will get to vote on matters surrounding Libra, it won’t have any more power than other members. The Libra Association, which will be based in Geneva, Switzerland, is made up of 28 companies right now, but Facebook says it expects to have over 100 members backing Calibra and Libra by the time they launch in 2020.

Aside from limited cases, Facebook said, Calibra won’t share data with it. That means that Calibra customers’ account information, including financials, won’t be used to improve targeted ads on Facebook or its family of apps. “The limited cases where this data may be shared reflect our need to keep people safe, comply with the law, and provide basic functionality to the people who use Calibra,” according to Facebook. “Calibra will use Facebook data to comply with the law, secure customers’ accounts, mitigate risk, and prevent criminal activity.”

What’s more, Calibra is set to “have strong protections in place” to keep people’s money and private information safe. Facebook says it will rely on the same verification and anti-fraud processes as banks and credit cards, noting that it will have automated systems designed to proactively monitor activity and prevent fraudulent behavior on people’s Calibra account. If someone does gain access to your account and your Libra balance is affected, the company said Calibra will offer you a refund. Meanwhile, a dedicated live support team will be there to help people if they lose their phone or the password to their account.

2019-06-18
ITNEWSNIGERIA
Previous: Going Backwards: Nigeria Slips From 141 To 143 In UN e-Government Rankings
Next: Why JAMB Set 160 As Cutoff Mark For 2019 University Admission