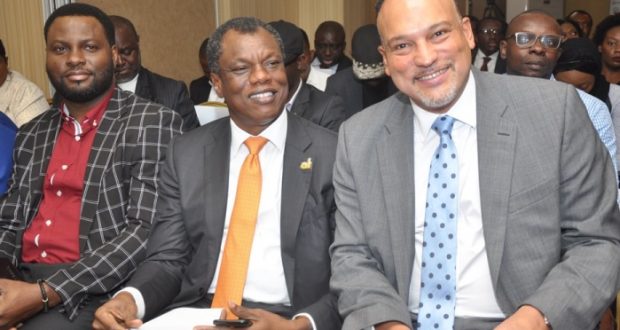 To fully embrace the possibilities that digital technology has to offer both the private and public organisations have to be willing to use agile approaches in which requirements and solutions evolve over time.

These were the thoughts of speakers at the maiden Mobile and Disruptive Technology Forum (MoDiTECH2019) organised by TechEconomy.ng in Lagos recently.

Participants at the Forum were exposed to how industry leaders are using disruptive technologies such as Mobile Internet, Automation of Knowledge and Work, Internet of Things (IoT), Cloud Technology etc. to improve the quality of life for people and redefining business models such as Agritech, FinTech, e-Billing, e-Commerce, e-Governance, e-Payments, transportation, smart city, etc.

The Executive Vice Chairman (EVC) of the Nigerian Communications Commission (NCC), Prof. Garba Danbatta, said that through its regulatory excellence, the Commission is at the forefront of unleashing the digital economy that will spur industrial growth, job creation, and Return on Investment (RoI) for investors.

According to him, the internet is at the leading edge of digital revolution, which informed why NCC is supporting operators to deploy more infrastructure.

“Today, Nigeria has started a test-run of 5G, the latest technology for delivering broadband services and such other services as Internet of Things (IoT), Artificial Intelligence (AI). The trial will last for three months. Nigeria hopes to join other countries which are in a rush to deploy the 5G technology because of its immense promise for digital communication,” Danbatta said.

Prof. Danbatta who spoke through Director, Technical Standards and Network Integrity at NCC., Engineer Bako Wakil, also disclosed that the Commission was “at the verge of sending the N65 billion request for supporting the already six infrastructure companies (InfraCos) licensed to roll out broadband infrastructure across the country, to the Federal Executive Council (FEC) for approval”.

“The renaming of the Ministry shows a demonstration of the future of telecoms in all government sectors and the economy; the EVC, therefore, commended the Minister, Dr. Isa Pantami and members of the Federal Executive Council for the foresight and dramatic change. This, will spur a new debate and redirect the Ministry and other agencies under it as well as the private sector to a new awakening that digital economy brings,” he added.

In a keynote presentation titled: ‘Social and Global Impact: Engaging for Growth’, the Founder/Vice-Chairman of CWG Plc, Mr. Austin Okere, recalled that in 2018, the mobile ecosystem contributed more than $500 billion to the funding of the public sector through general taxation, globally.

According to him, Nigeria as among the three smartphone super-powers to emerge by 2025, stands to benefit from the smartphone ubiquity across the world that enables consumer engagement in numerous use cases

“Over a fifth of the world’s markets will have launched 5G by 2020, spending combined $244 billion on networks in the process. In 2018, mobile technologies and services generated 4.6% of GDP globally, a contribution that amounted to $3.9 trillion of economic value added.

“The mobile ecosystem also supported almost 32 million jobs (directly and indirectly) and made a substantial contribution to the funding of the public sector,  with more than $500 billion raised through general  taxation. By 2023, mobile’s contribution will reach

“$4.8 trillion (4.8% of GDP) as countries around the globe increasingly benefit from the improvements in productivity and efficiency brought about by increased take-up of mobile services.

“Further ahead, 5G technologies are expected to contribute $2.2 trillion to the global economy over the next 15 years, with key sectors such as manufacturing, utilities and professional/financial services benefiting the most from the new technology.

To this end, Mr. Okere called on State Governments’ to invest in digital economy especially by removing excess taxation on Right of Way (RoW) adding that over the next few years, as the enablers of mobile internet adoption such as infrastructure, affordability, consumer readiness and content/services, continue to improve, millions of people will start using the mobile internet for the first time, and will add value to the nation’s economy.

He continued that “Mobile is a powerful tool for achieving the UN’s SDGs: since 2015, impact has increased across all 17 SDGs. 5G is an inevitable network evolution, and will create significant opportunities if the right conditions are in place.

The Managing Director of Rack Centre and Chairman of MoDiTECH2019, Dr. Ayotunde Coker, aligned with Mr. Okere, stressing that content consumption through the mobile channels, is rising hence mobile is a key driver, with more people watching video on their devices for longer and more frequently.

Speaking on the theme: “The Power of Digital Services”, Dr. Coker briefly highlighted the history of the internet and interconnectivity and how it has brought progress to the way businesses and other important economic activities are done in Africa.

Dr. Coker stressed the importance of digitisation on the African continent, and “What it means for us in Africa is to leverage the lots of benefits we can get. Benefits in terms of demographic advantage”

According to Dr. Coker, “the fourth industrial revolution is the next stage of digitisation with Africa has a focus; survival in the present economic structure is dependent on innovation. The journey of digitisation is now a way of life hence the demand for data has exponentially increased.

In his presentation on ‘Impact of Digital Solutions on Financial Services’ the Managing Director of Global Accelerex, Mr. Tunde Ogungbade, traced the history of banking and financial service provisioning to the 90’s when customers had to be physically present at a bank “in an orderly fashion, with a passbook or cheque” in order to carry out a financial transaction.

Thus, between year 2000 and 2011, were the era of search for utility among banks that engaged in fierce competition for the most branches in localities.

He said that this era was disrupted by internet banking and smart phones that paved the way for 24/7 banking; “Prepaid cards, the POS, the ATMs and then debit cards linked to bank accounts”.

Agency Banking, Then, BVN changed everything!” he said.

Mr. Ogungbade who was represented by Chief Product Officer, Global Accelerex, Chuks Anakudo, warned the banks to brace-up for more disruptions as payments will even migrate from traditional banking to native apps and point-of-sales solutions.

He added that Blockchain technology will further disrupt financial services like the internet did to the media.

“Banks of the future may not need to hold funds in the vault, assets will be digitized in a more secured way. Therefore, the future to behold is closing the gap between what the financial institutions offer and what consumers really need”, said Mr. Ogungbade.

Earlier, the Editor, TechEconomy.ng; the conveners of #MoDiTECH2019, Mr. Peter Oluka, said the event was organised “to discuss, brainstorm, learn and review the overall impact of new digital technologies that are disrupting many industries.”

Oluka also reiterated the widespread recognition that Artificial intelligence, for instance, will be key to future business and digital transformation and driving increasingly autonomous and intelligent networks (for telcos) and improving the customer experience through greater learning of customer behaviour.

2019-10-29
ITNEWSNIGERIA
Previous: Zenith Bank/NFF Future Eagles Put Hungary To The Sword At The 2019 FIFA Under-17 World Cup In Brazil
Next: Fidelity Bank’s 9 Months Profits Hit N23bn, On Course to Deliver its 2019 Financial Targets