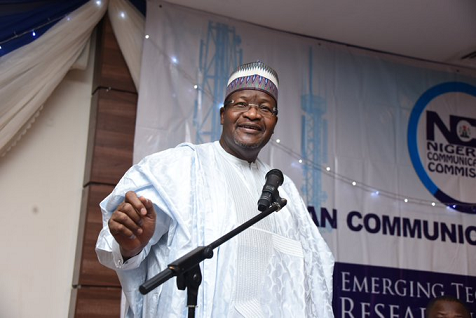 This was the consensus at the Stakeholder Sensitization Workshop on the Implications of the African Continental Free Trade Area (AfCFTA) Agreement for the Nigerian Communications Industry in Lagos organized by Nigrian Communication Commission (NCC) in Lagos.

Highlighting the challenges presented by telecommunication liberalisation under the AfCFTA, the Acting Director General of the Nigerian Office for Trade Negotiations (NOTN); Mr. Liman V. Liman saidthe process of liberalisation may have the effect of smaller mobile network operators being crowded out of the market, in an industry dominated by few big operators and these few operators will increase their market share and have the power to influence prices.

He said in a key note speech that “it is of critical importance that a strong regulatory institution is established, in order to prevent unfair competition in the market. Although the AfCFTA will establish a minimum set of standards in this regard, the role of national regulators will remain critical.”

Stakeholders were unanimous that in order to be globally competitive, telecommunications infrastructure will require significant amount of investment both by domestic and foreign investors.

“Africa remains the region with the least developed telecommunications infrastructure in the world today, but with the fastest growing penetration of mobile telephony in the world, according to the Global System for Mobile Communications (GSMA). By 2025 mobile broadband will account for 87% of mobile connections, in Africa. The current figure for these services is 38%.”

Professor Umar Garba Danbatta, Executive Vice Chairman/CEO, NCC, said the two-day workshop with the theme: ‘Improving Nigerian Communications Industry Competitiveness for the African Continental Free Trade Area (AfCFTA) Initiativeis being organized by the NCC, in collaboration with the Nigerian Office for Trade Negotiation (NOTN), which is a key element of the Governments’ institutional framework for driving Nigeria’s trade policy initiatives.

According to Danbatta, “we want to ensure that we leverage on the relevant provisions of AfCFTA Agreement, to the advantage of the Nigeria’s Communication industry, which is the sector expected to facilitate and drive the digital economic revolution in the country.”

He noted that the Federal Government’s aspirations to advance Nigeria’s economic development through continuous encouragement of pro-trade, pro-business, pro-investment and pro-export measures are in sync with the mandate of the NCC to stimulate investment and economic activity by protecting the interest of the Government, investors and consumers within the Nigerian Communications ecosystem.

“The Commission, is therefore, fully committed in ensuring synergy through strategic collaboration with relevant stakeholders such as NOTN in sensitizing industry stakeholders on the implications of the AfCFTA Agreement”, he added.

AfCFTA is an initiative of the Africa Union with the main objective of creating a single continental market for goods and services, in addition to facilitating free movement of investment and people across the entire African continent.

Nigeria joined the list of African countries to sign the trade pact when President Muhammadu Buhari on July 7th, 2019, endorsed the AfCFTA Agreement at the AU Summit in Niamey, Niger.

Already, the AU has maintained that the AfCFTA will create the world’s largest free trade area. It is also estimated that implementing AfCFTA will lead to about 60% boost in intra-African trade by 2022. This is instructive considering the fact that only 16% of international trade by African countries takes place between African countries, according a study by the African Development Bank in 2014.

Having attained the milestone of ratification of the AfCFTA Agreement by 22 member states, the Continental Free Trade Area is now the largest trading bloc in the world in terms of participating countries, since the creation of the World Trade Organization (WTO).

What all these means, therefore, is that, with the AfCFTA Agreement, the hitherto business algorithm in Africa is going to change, as it will become difficult for any country to be regarded as the largest market in Africa, since the African continent is now going to be seen as one single international trade bloc.