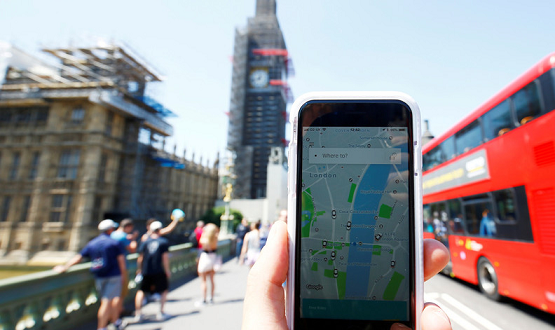 Uber has lost its license to operate in London, UK capital, after authorities discovered that more than 14,000 trips were made with uninsured drivers.

Transport for London (TfL) announced the decision not to renew the firm’s license at the end of a two-month probationary extension granted in September, RT reports.

It had identified a “pattern of failures” by Uber, including several breaches that placed passengers and their safety at risk.

“Despite addressing some of these issues, TfL does not have confidence that similar issues will not reoccur in the future, which has led it to conclude that the company is not fit and proper at this time,” it said.

The decision is a major blow for Uber in one of its largest markets but it does not mean its company cars will disappear from London immediately. The firm can still operate until all opportunities to appeal are exhausted. It can launch official proceedings within 21 days.

“We have fundamentally changed our business over the last two years and are setting the standard on safety. TfL found us to be a fit and proper operator just two months ago, and we continue to go above and beyond,” he said.

Heywood has promised that “on behalf of the 3.5 million riders and 45,000 licensed drivers who depend on Uber in London, we will continue to operate as normal and will do everything we can to work with TfL to resolve this situation.”

In September, TfL granted Uber a two-month extension to its licence with a number of conditions attached. The regulator said the company needed to address issues with checks on drivers, insurance, and safety. However, Uber has since failed to satisfy transport authorities.

The company says that a range of new safety features have been introduced to its app in the past two years. Earlier this month, Uber launched a system which automatically checks on the wellbeing of drivers and passengers when a journey is interrupted by a long stop.

It has also unveiled a discrimination reporting button on its app, and collaborated with the AA to produce a safety video to educate drivers on topics such as reading the road, speed, space management, and how to drop off and pick up passengers safely.- First appeared in RT