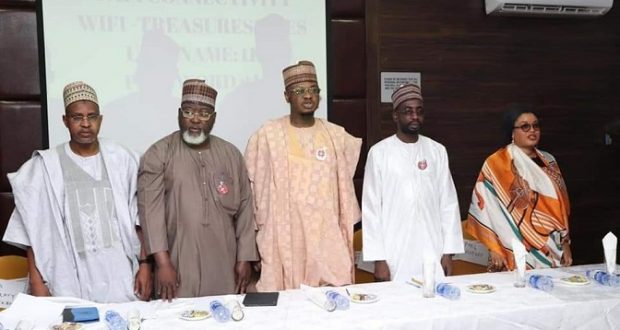 – Gives overview of the strategic pillars

– Advocates the validation of certificates with skills

Pantami explained this on Friday (3 January 2020) at a media parley and press briefing which took place at Treasure Suites, Maitama, Abuja.

The meeting with members of the Abuja Chapter of the Nigerian Information Technology Reporters Asssociation (NITRA), convened by the Minister to enlighten the media about steps that had been taken by the FMoCDE under his leadership, to enhance the transition to digital economy, was the first briefing by any Ministry, Department or Agency (MDA) of government in 2020.

The Minister said the re-designation was done to position Nigeria for the gains of digital economy as ‘communications’ captured just the channels. Hence, the term became inadequate in describing the essence of the new vision that embraces the content, as well as the utilisation of both channel and content to achieve the central focus of the Ministry to migrate the nation to a digital economy.

Pantami said this is particularly significant as it enables Information and Communication Technology (ICT) – which is the most diverse and fastest growing sector – to mobilise other sectors and align with the Economic Recovery and Growth Plan (ERGP) of the Federal Government.

The Minister said this is quite fitting, as it also ensures that the name of the Ministry captures its objective in keeping with best global practices.

Following the re-designation, the Minister stated that the Federal Government directed the Ministry to develop and implement a national digital economy strategy. This, he said, was done by the Ministry and unveiled by the President at the e-Nigeria Conference in November 2019.

Pantami said the policy captures the thematic focus while the strategy speaks to how the various themes will be achieved.

Speaking further, Pantami declared that all other MDAs are connected to the strategy in view of the centrality of ICT to development in other sectors of the economy. He emphasised that the role of the Ministry is to coordinate the implementation of the policy and the strategy.

The Minister stated that the implementation of the strategy had started. He stressed that by the end of the decade, the Federal Government expects every Nigerian to have connected with and expressed the goal of digital Nigeria by being computer literate, owning a digital device (which the agencies in the Ministry have been assisting to facilitate), having access to the Internet, owning a bank account that can be accessed and operated digitally and online. Beyond financial services, the Minister said the Federal Government hopes to see majority of the citizens undertake many activities electronically.

Pantami recalled the eight (8) pillars of the policy which he enjoined all tiers of government and all stakeholders to begin to explore for implementation.

The first of the pillars is Developmental Regulation, which he said is conceived as regulation that promotes and supports development.

“This means online communications and transactions should focus on and encourage digital economy and ensure taxes and prices come down because when prices come down, demand goes up” and entrepreneurs make more profit by sheer increase in the volume of trade. “It is simple economics,” the Minister emphasised.

The second mainstay of the digital economy policy is Digital Literacy and Skills, and the Minister emphasised the importance of this pillar because digital economy is unrealisable without skills.

Pantami enumerated that different sections of the population are targeted for training and retraining, including women, youths, journalists, civil servants and those who are certificated but unemployed.

He was optimistic that, at least, 90 percent of Nigerians will be digitally literate by the end of the decade as all agencies in the Ministry will be involved in series of training and retraining as much as the financial circumstances of the nation permit.

Solid Infrastructure, the third pillar of the policy, will ensure availability of robust data centres and deals with broadband expansion, according to the Minister.

He explained that the 2020-2025 Broadband Plan is expected to be ready within the first quarter of 2020 and the plan is to ensure that all unserved and underserved areas have access to broadband services. For this, he said the Federal Government and the Ministry are encouraging many institutions to host their data in Nigeria as he promised to continue the advocacy.

The fourth policy pillar – Service Infrastructure, according to the Minister, is focused on facilitating digitisation of activities that will find deeper expression in e-health, e-agriculture and other automated transactions. He accentuated the connection of automation to the Gross Domestic Product (GDP) by stating that studies by International Telecommunications Union (ITU) and other development agencies have revealed that 10 percent increase in broadband penetration could increase GDP by up to 2.5 percent.

According to the Minister, the fifth pillar, Promotion of Digital Services, is also to ensure increased digitisation of activities, while the sixth pedestal of the digital economy policy is Software Infrastructure, which focuses on cybersecurity awareness to ensure security of activities in the cyberspace.

The penultimate pillar of the policy, according to the Minister, is Digital Society and Emerging Technologies. He said the policy is conceptualised “to encourage start-ups to support our innovators, so they can deploy their inventions in Nigeria.”

In this context, the Minister envisioned that Nigeria will explore in quantifiable terms, cloud computing, nanotechnology, Fifth Generation (5G) communications, Artificial Intelligence (AI) and Robotics. Illustrating the benefits of deployment of and access to 5G, Pantami said with 5G, virtual surgery is possible in Nigeria.

The Minister emphasised that digital innovation and digital entrepreneurship are particularly important in ensuring increase in Nigeria’s GDP.

He made a comparison between Nigeria and Massachusetts Institute of Technology (MIT) by stating that Nigeria’s GDP is $397 billion while MIT’s GDP is about five times higher. He attributed the disparity largely to inputs of digital innovation and entrepreneurship.

Thus, the Minister declared that certificates are important when spiced with skills because that will trigger innovation. To demonstrate the paradigm shift to skills rather than mere certification, Pantami said China is at the threshold of “converting 600 universities to skills centres” having realised that skills validate certificates.

The Minister, however, explained that Nigeria is so blessed and needs to leverage that potential to ensure her teaming youths acquire enduring “skills that will make them to be potential employers rather than potential employees”.

It was evident the Minister looked forward very enthusiastically to seeing more Nigerians use the social media to support the digital economy by engaging it to achieve legitimate economic prosperity rather than for the promotion of division and hatred among the people of Nigeria. He was quite saddened as he recalled divisive online conversations.

Thus, in order to stress the connection between the seventh pillar and the eight which is, Indigenous Content Development, especially how youths can use their skills and creative energy for innovation and technology development, Pantami said Nigeria needs to create and promote indigenous technology and use them locally.

“Let us use our skills positively to promote digital economy because the World Economic Forum (WEF) has predicted that by 2022, 60 percent of the world economy will be digital,” he added.

Responding to questions from journalists after the main briefing, the Minister stated that the Office of the National Security Adviser (ONSA) was vetting content of the proposed Executive Order on Critical National Infrastructure (CNI) Protection, one of the key demands of the Nigerian Communications Commission (NCC) to ensure a halt to rampant vandalism of telecommunications infrastructure.

The Minister said he was confident that President Buhari will sign the Executive Order soon. He also informed the journalists that ahead of the Order, the police authorities have been directed to locate key telecom facilities for surveillance.

Still on telecommunications, the Minister stated, “I have written to all the governors in Nigeria on the need to comply with the National Economic Council (NEC) resolution on the Right of Way (RoW)”.

“All the Governors had agreed to the harmonisation on the RoW charges and efforts are being made to ensure the policy is respected”. The RoW charges is the levy paid to state governments for the laying of optic fibre by telecoms operators.

The Minister also declared that since 25th September 2019, no Subscriber Identification Module (SIM) card has be used in Nigeria without being properly registered. “You may buy a SIM card but you cannot activate it to use unless it has been properly registered, and NCC will provide biodata of any improperly-used SIM card to the police or other security agencies within 24 hours whenever it is required.”

Pantami was emphatic that the Federal Government’s directive to NCC to ensure that improperly registered SIM cards are blocked, demonstrated government’s commitment to further strengthen ongoing efforts at securing lives and property in the country.

“Life is more important than material benefits of having many SIM cards in circulation, and in any case, blocking improperly registered SIM cards did not diminish the contribution of ICT to GDP,” he stressed, explaining to journalists that the Ministry was, in addition, auditing bulk spectrum allocation for validation and propriety. He noted that the exercise is not really an inquisition as earlier bandied by certain interests.

On the challenges of the Nigerian Postal Services (NIPOST), the Minister stated that the Ministry has made representation to the Federal Government to insist that NIPOST should be the collector of stamp duty and not the Federal Inland Revenue Service (FIRS) and by implication the Federal Ministry of Finance. “So, we have challenged the status quo about the collection of stamp duty,” he said.

The Minister also unveiled the plan for the transformation of NIPOST with regard to undertaking a total restructuring and transformation of NIPOST. “We will also commercialise some activities of the organisation by registering few companies to ensure the renovation and commercialisation of dilapidated NIPOST structure all over the country starting with NIPOST facilities in major cities.”

The Minister seized the opportunity of the briefing to thank the executives and members of NITRA for the reportage of various activities of the Ministry and urged them to give robust coverage to the digital economy policy.

He announced a training programme for the journalists in the first and second quarters of 2020. He directed that the programmes are to be organised and sponsored by NITDA and NCC respectively.

Earlier, Blessing Olaifa of The Nation Newspapers, who is the President of the FCT Chapter of NITRA, congratulated the Minister on his appointment and in particular for the great strides he has led the Ministry to make within a short time. He promised to organise his colleagues to ensure very meaningful coverage of the activities of the Ministry.

Together at 60: Govt calls for entry in Brand Nigeria challenge 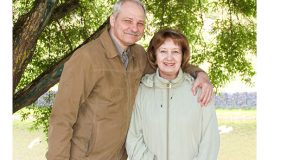 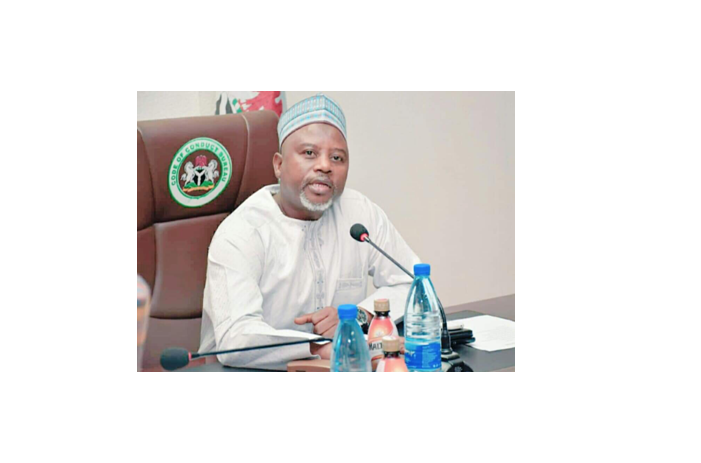 Code of Conduct Bureau has said ... 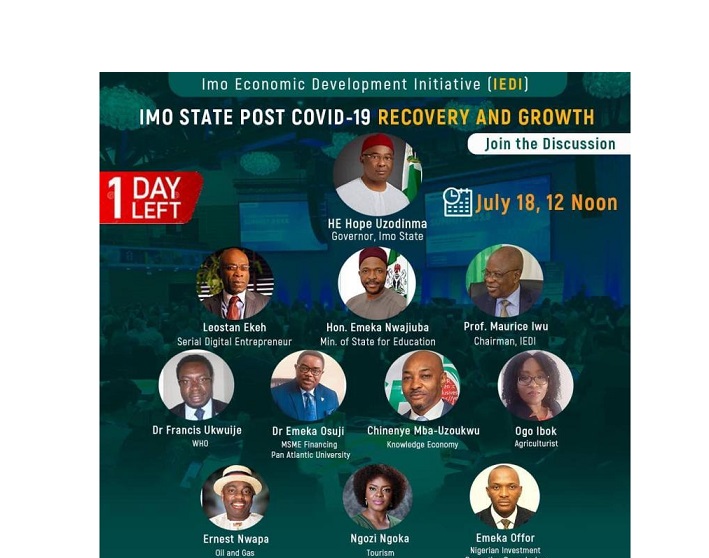 IT News Nigeria: The Imo Economic ... 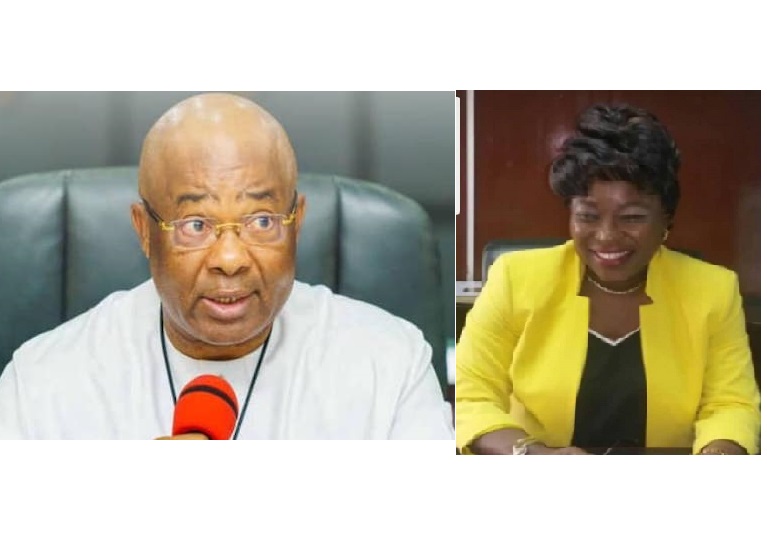