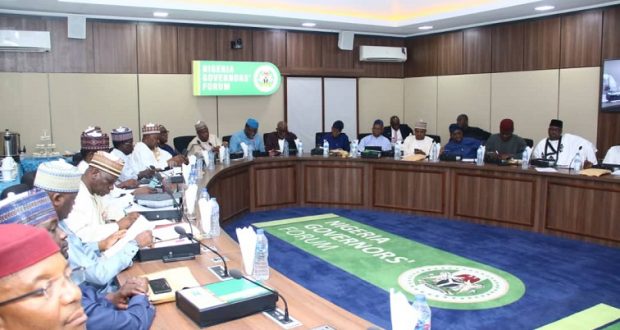 The Honourable Minister of Communications & Digital Economy, @DrIsaPantami is holding a meeting with Nigerian Governors in Abuja

“I plead with the Nigerian Governors Forum to respect the resolution of National Economic Council (NEC) on the uniform price of Right of Way (RoW) charge of N145.00 per linear meter of fibre. This will go a long way to drive a #DigitalEconomy for a #DigitalNigeria.” – Minister Pantami

The State Governors under the auspices of the Governors’ Forum resolved to address the lingering issue of Right of Way (RoW) charges in a bid to deepen broadband penetration in the country and promote a Digital Economy for a Digital Nigeria.

According a statement signed Wednesday by Dr ‘Femi Adeluyi, Technical Assistant (Information Technology) to the Honourable Minister of Communications & Digital Economy, the resolution followed a presentation made by Dr Isa Ali Ibrahim (Pantami), FNCS, FBCS, FIIM, Honourable Minister of Communications and Digital Economy, during the meeting of the Governors’ Forum held on the 22nd of January, 2020.

He was accompanied to the meeting by Prof Umar Danbatta, Executive Vice Chairman of the Nigerian Communications Commission, Kashifu Inuwa, CCIE, Director-General of the National Information Technology Development Agency and Funke Opeke, Chairperson of the Presidential Committee on National Broadband Plan (2020-2025).

Dr Pantami discussed the many benefits that an increase in broadband access can have on the economy of the various States.  He noted that one of the key benefits is the rapid growth in the gross domestic product (GDP) of any country that increases its broadband penetration. He then urged the State Governors to adopt the 2013 resolutions reached by the National Economic Council (NEC) which agreed on a maximum RoW charge of N145.00 per linear meter of fibre.

In response, the Governors acknowledged the benefits of broadband penetration and the Chairman of the Governors’ Forum, His Excellency, Dr. Fayemi, stated that the Honourable Minister should consider the matter resolved. There will no longer be any need to appeal to the Governors on the issue of RoW.

In addition to the discussion on the RoW, the Honourable Minister also discussed the National Digital Economy Policy and Strategy (NDEPS) which was unveiled by His Excellency, President Muhammadu Buhari, GCFR, on the 28th of November 2019.  Dr Pantami urged the State Governors to key into the Policy and Strategy.  He also informed them of the plan of the Federal Government to help the States with a Digital Economy Strategy, through Policy, Digital Skills and other areas of intervention.

The Honourable Minister of Communications and Digital Economy would like to sincerely thank the Chairman and members of the Governors Forum for their support in resolving the RoW challenge. 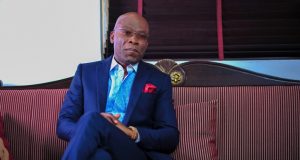 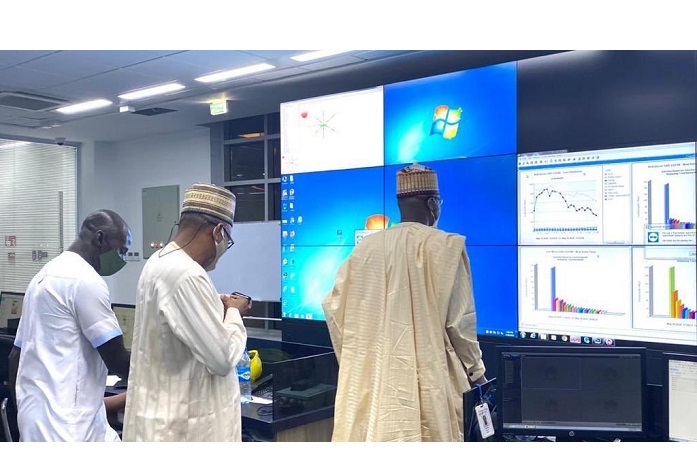