*The arguments end at frequency and power spread

There are misguided theories circulating on the internet linking 5G technology to COVID-19.  Contrary to these rumours, there is no scientific evidence whatsoever supporting any causal connection between the spread of COVID-19 and 4G, 5G or electromagnetic waves in general.

According to a seven-year-long scientific STUDY published last month, 5G has no detrimental health effects in general. This release is intended to help remove the fear of public health concerns relating to telecommunications cell towers. In these unprecedented times, we need to ensure the resilience of telecommunications networks to support the delivery of vital health services and sustained economic recovery.

Digital connectivity has become essential to the social and economic development of the 21st century. Technologies such as artificial intelligence (AI), 5G networks and the Internet of Things (IoT) generate great opportunities, but also raise questions for businesses and citizens. One of these concerns is public health.

According to Engr Bayo Banjo, a Lagos-based telecoms engineer, the arguments end at frequency and power (spread etc). 5G as opposed to 4G is the argument here. “There is no difference between the two visa vie the issues of danger, if you don’t control or monitor 4G power  spread and frequency use, it can/will do the same damage as 5G can or will. There is no issue between 4 or 5 G independent of these two factors, and both these factors are independent of the two different technologies used. Generally  to handle more data you use higher frequencies. So besides 5G being able to use existing 4 G frequency bands they can also use higher bands 23Ghz above. In any 5G network  all the lower bands will eventually be used, as they phase out 4G. Lower frequencies for the same power travel and penetrate more  while higher frequencies need higher powers to achieve the same range and penetration. The issue is that article does not point on any health issue that is unique to 5G that 4G doesn’t have. The privacy argument is lame to say the least.”

Speaking further, he noted that “sadly if you are not a technical person you cannot appreciate it when doctors and scientists are talking rubbish especially when linked to commercial matters. In the 30’s when BIG TOBACCO, brought out their cigarette rolling machines, scientist and doctors,  were commissioned to carry out studies on the bad effects of  smoking with particular reference to lung cancer. They found no link at all, films promoted our male (james bond) and female hero’s, plus and including SPORTSMEN, recklessly smoking, it became a fashion. When the strain on the health services started to outweigh the Taxes on cigarettes  the truth finally came out. In general when anything is done, first find out the MOTIVE. I can assure you it has very little to do with Love for you  and all to do with money.”

According to Banjo, “the West needs to catch up, so they need to delay the implementation of 5G. Once they do that all these clips will disappear. It’s all about the Money.”

Association of Licensed Telecoms Operators of Nigeria (ALTON) Chairman, Engr. Gbenga Adebayo said in recent years, questions about health and safety concerning electromagnetic frequencies produced by telecommunication towers have been raised: What are the health implications of this proliferation of antennas and the frequencies they emit? What effects do they have on humans and animals? Can they cause any disorders?

Public exposure to these frequencies is not new. On the contrary, these radio signals are nearly omnipresent as they have been produced by electric currents or telecommunication antennas for decades. The average household deploys various sources of these signals such as home appliances (microwaves, TVs, refrigerators) or internet connections repeatedly throughout the day.

According to the World Health Organization (WHO), the low intensity of cell site emissions is estimated to be between 0.002% and 2% of the levels of safe exposure and is lower than those produced by a radio or TV transmission.  Studies carried out by the WHO and the International Agency for Research on Cancer (IARC)  agree there are no health risks related to radio signals.

As the next generation of mobile technology, 5G has also been a cause for concern over the increased deployment of towers it will require. Radio signals for 5G technology are similar to those already generated by 3G, 4G and Wi-Fi networks. By using small cells, or low-power, low-range transmissions, 5G smart antennas send signals where required. These cells enable localised use of signals while increasing coverage and efficiency.

The International Commission on Non-Ionizing Radiation Protection (ICNIRP) recently published its updated guidelines to provide improved protection for higher frequency ranges. The new guidelines, which include time and body exposure restrictions, provide protection against all adverse health effects from exposure to electromagnetic frequencies, including for frequencies above 6 GHz, such as those emitted by 5G and future technologies.  Compliance with these new guidelines ensures the safe use of 5G.

The unanimous conclusion of international public health organizations  and more than 25,000 articles  on biological and health effects reaffirm the safe use of wireless technologies such as telecommunication antennas necessary for connectivity and social and economic development.

READ ALSO  NCC's FAQs on Internet Use(1):How do I monitor and limit data usage on an Android phone?

According to experts like the WHO and the Centers for Disease Control and Prevention (CDC), there is no dispute that animals are the source of COVID-19.

According to WHO, “Coronaviruses are zoonotic, meaning they are transmitted between animals and people. Detailed investigations found that SARS-CoV was transmitted from civet cats to humans and MERS-CoV from dromedary camels to humans. Several known coronaviruses are circulating in animals that have not yet infected humans.”

According to the CDC, “Coronaviruses are a large family of viruses that are common in people and many different species of animals, including camels, cattle, cats, and bats. Rarely, animal coronaviruses can infect people and then spread between people such as with MERS-CoV, SARS-CoV, and now with this new virus (named SARS-CoV-2).  The SARS-CoV-2 virus is a betacoronavirus, like MERS-CoV and SARS-CoV. All three of these viruses have their origins in bats.”

As with many other conspiracy theories, the supposed 5G coronavirus connection came from uninformed people on the internet trying to link things that are not at all connected. Unfortunately, the power of social media has only amplified some of these misguided comments. 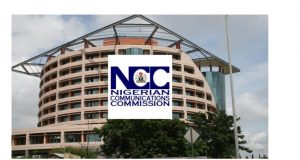 NCC’s FAQs on Internet Use(3): What Networks, Activities use up most data in my phone? 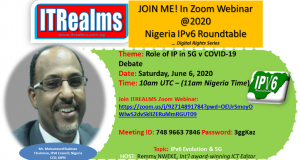 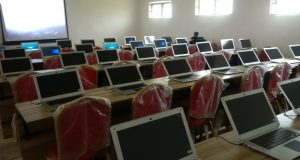 IT News Nigeria In response to ...