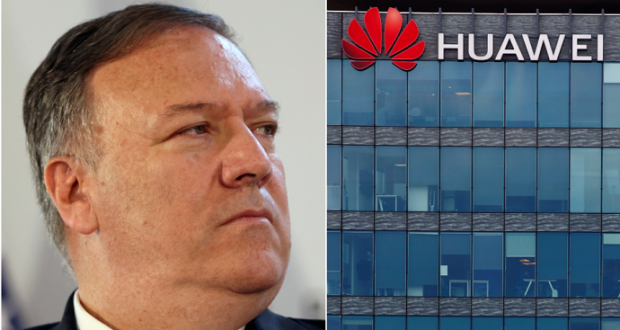 US blacklists 38 Huawei affiliates: Washington has added dozens of companies to a list that bars the firms from gaining access to certain US technologies, as part of its ongoing battle against Huawei. Mike Pompeo has urged US allies to adopt similar restrictions.

The secretary of state released a press statement on Monday applauding the Commerce Department’s decision to expand regulations designed to restrict US exports to Huawei, claiming that the Chinese company has “continuously tried to evade” rules first implemented in May. The new restrictions will prevent the telecommunications giant from obtaining chips made by third parties using US software or technology.

The Commerce Department will also add 38 Huawei affiliates to the government’s Entity List, which identifies foreign firms barred from utilizing US technologies.

Describing Huawei as “an arm of the Chinese Communist Party’s (CCP’s) surveillance state,” Pompeo said that the new measures aimed to protect national security and US citizens’ privacy. He urged US allies to impose similar restrictions on Huawei, claiming they were necessary to help ensure “international stability.”

For months, Washington has pressed its partners to cut business ties with Huawei, claiming that allowing the Chinese firm to help develop their 5G networks would create grave security risks. However, the narrative has received a chilly response from many European states, with countries such as Germany stating that there’s no evidence to support Washington’s concerns.

Last week, Czech Prime Minister Andrej Babis expressed similar hesitation to cut all ties with Huawei, noting that the issue should be discussed within the EU and that no final decision has yet been made on 5G tenders. – RT