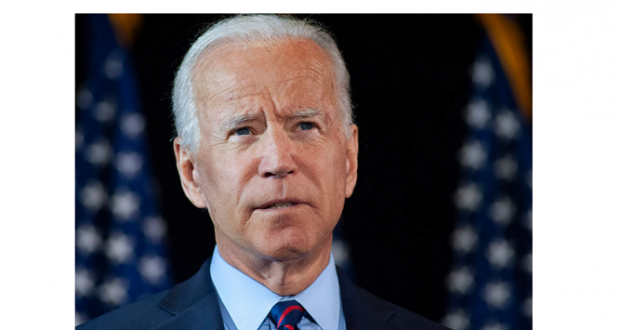 But Biden has rejected criticism and said any unemployed American offered a “suitable” job must take it, or risk losing unemployment benefits.

Companies like Chipotle raised its average hourly pay on Monday to $15 to entice job candidates among 9.8 million unemployed last month.

Economists had predicted from 900,000 to 2 million jobs. Yet there are 7.4m unfilled positions, according to the US labour department.

Recalled, under the $1.9tn (£1.35tn) coronavirus rescue package that Mr Biden signed into law in March, certain workers can get a $300 weekly supplemental unemployment benefit. The increased benefits are due to last until September.

Speaking Monday, Mr Biden said “I know there’s been a lot of discussion since Friday’s report that people are being paid to stay home, rather than go to work.

“Well, we don’t see much evidence of that. That is a major factor. We don’t see that, look, it’s easy to say, the line has been, because of the generous unemployment benefits, that it’s a major factor in labour shortages.”

According to BBC, a recent Bank of America analyst note said that Americans who earned less than $32,000 before the pandemic would be better off for now collecting a combination of state and federal unemployment benefits, rather than working. The average US salary is around $32,000.