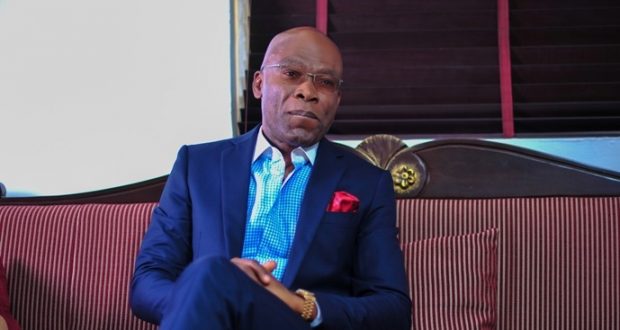 In a world that is predominantly patriarchal in nature, it is refreshing to see the women-folk doing great things and giving the men-folk a good run for their money.

From the likes of outgoing German Chancellor, Angela Merkel, former President of Liberia, Ellen Johnson-Sirleaf, President of the European Central Bank, Christine Lagarde, American talk show host, television producer, actress, author, and philanthropist, Oprah Winfrey and even our own Director-General of the World Trade Organization (WTO), Dr. Ngozi Okonjo-Iweala, women have displayed ample evidence that they have the capacity, the brain-power, and the determination to hold their own in the leadership sphere.

It is also instructive to note that the rise of this gender and the need to empower them is one that has been consistently predicted, preached, put in practice by one man – Chairman of the Zinox Group, Leo Stan Ekeh, whom I have followed his public talks and other teachings over the years.

I must confess that the unerring stance of the tech guru on the place of women in contemporary society had inspired me in altering my life course.

Well over 15 years ago, Ekeh had declared that women would play a greater role in the global scheme of things by the turn of the 21st Century, with the Zinox boss disclosing that the impact of women would be felt even keener in leadership roles from the year 2026. Simply put, the Zinox boss had predicted that women would take over and that a time would come when corporate organizations that had no females as CEOs or in their Executive Management cadre would be considered old-fashioned.

At this point, I was a little bit discomfited by these bold assertions by the Zinox boss who was a like a lone voice in the wilderness of women empowerment then, especially in Nigeria. Back then, the sense of male domination was a foregone conclusion. Women were hardly represented in leadership positions, be it in corporate or political circles. Indeed, it was a rarity to see a man go against the grain in predicting female domination or gender empowerment in those days.

But those were not the reasons for my discomfort.

I was less than adequately educated back then, having come from a conservative background where women are hardly given the same consideration as their male counterparts when it comes to education. Therefore, hearing Mr. Ekeh utter these words at a public event organized by Technology Distributions Ltd. in Ikeja many years ago had not only opened my eyes to the need to better my lot; it had also made me decide to seek higher education.

If Mr. Ekeh were a preacher or owned a church, I would have been one of his most loyal church members.

Ekeh has consistently submitted that women are more financially prudent, humble, less prone to fraud, spiritually sound, better counsellors and possibly even smarter than their male counterparts of the same age – factors which he has identified as traits which make them more naturally suited for leadership.

At the inaugural edition of the Africa Fintech Disrupt Conference sponsored by Access Bank in 2018, Ekeh had returned, after delivering a rousing speech to standing ovation, to encourage women to prepare to take charge, even as he specifically declared that the world should adjust to this coming reality which he reiterated would begin to take shape from 2026.

Today, his prediction about women domination is beginning to emerge, just in the same way his many other projections – such as the rise of e-commerce as a global game-changer and the position of technology in altering the nature of business, among many others – have come to pass with glaring accuracy.

If the example of Lagarde (a former head of the International Monetary Fund) and Okonjo-Iweala (a Harvard-trained two-time former Minister of Finance in Nigeria), both of whom currently oversee affairs at two of the most respected global institutions is not enough proof, what of the instances of women who have aspired to and secured the number one jobs in their countries?

Even in tech which is widely regarded as a male-dominated sector, women are also gradually taking over.

Susan Wojcicki is CEO of YouTube. She contributed to the development of Google Images and AdSense as she rose up the ranks before eventually suggesting the acquisition of YouTube, and becoming its CEO in 2014. Sheryl Sandberg, billionaire business executive and philanthropist, is Chief Operating Officer of Facebook. Also, Meg Whitman is CEO of Hewlett Packard Enterprise and chairman of HP Inc. while IBM also has a female CEO in Ginni Rometty.

Here in Nigeria, the women are also gradually rising above the age-long patriarchal culture and shattering the proverbial glass ceilings that have long held them back, just as Ekeh had predicted.

While we are yet to achieve the level of political maturity that would see a woman become President of Nigeria – a development that may not be that far off – women have broken into and are dominating many other sectors.

And in the much-vaunted tech sector, we have the likes of Olufunke Opeke of MainOne who is effortlessly rubbing shoulders with other men in this field. There is also Ify Afe, former MD, Central Africa at HP Inc. and who is now Chief of Staff and Board Member, HP Diversity, Equity and Inclusion (DE&I); in addition to Google Country Manager, Nigeria, Juliet Ehimuan-Chiazor, among others.

But in closing this piece, it would be out of place to talk about the growing role of women in tech and as leaders, especially in Corporate Nigeria without returning to the pivotal role played by Ekeh in putting into practice something he has preached for years.

My interest in the Zinox Group in the wake of Mr. Ekeh’s inspiring clamour for gender empowerment and belief in the rise of the women-folk received further impetus when I learnt of the pivotal roles played by women in his companies.

Perhaps, there is no other globally renowned entrepreneur in the world today who has placed as many women in leadership positions, solely on merit, in his organization as Mr. Ekeh. In the Zinox Group, there are about five female Managing Directors, arguably a first in today’s business world.

In TD Africa, Sub-Saharan Africa’s leading technology distributor, you can find four of these female MDs. They are led by Mrs. Chioma Ekeh, wife of Mr. Ekeh, a cerebral mathematician, Chartered Accountant and globally recognised woman tech leader who has led the company in consistently breaking new grounds over the years. There is also Mrs. Shade Oyebode who heads the company’s Operations Unit, Mrs. Chioma Chimere, a Coordinating Managing Director (CMD) who manages the company’s business development drive and yet another MD in Mrs. Gozy Ijogun who oversees Sales.

Then you move over to Zinox Technologies Ltd. and there you find Mrs. Kelechi Eze-Okonta, another outstanding performer, who has been MD of the tech giant for the past three years. The Human Resources Unit of the Zinox Group is also headed by a female Executive Director in the person of Mrs. Chioma Nwoke.

Certainly, there is no stopping the rise of the women-folk and with notable male champions of gender empowerment such as Ekeh and others in our corner, it is only a matter of time before the world aligns.

2021-07-19
ITNEWSNIGERIA
Previous: 8 Contestants up for votes as The Voice Nigeria Season 3, Sponsored by FirstBank, holds Second Live Show
Next: FirstBank Celebrates 2021 Corporate Responsibility and Sustainability Week, Calls for All to Adopt Kindness as a Way of Life

FirstBank: By Jeremiah Agada  Advertisement As ...